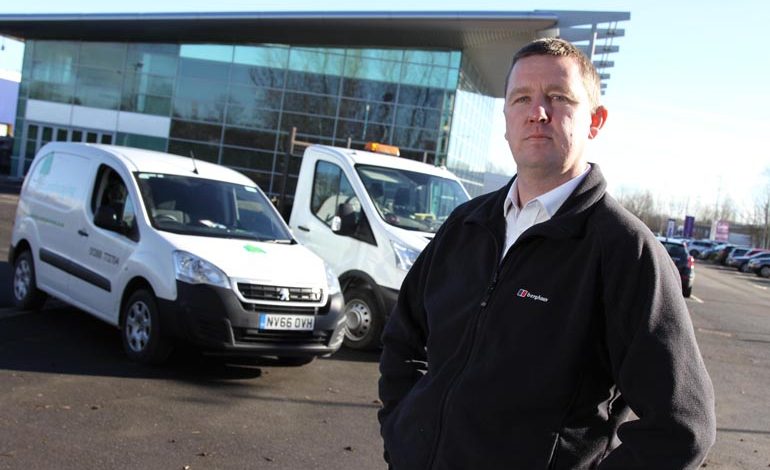 A landscaping and grounds maintenance firm is pulling up trees after smashing its sales forecast five months early.

Scott Ellwood sowed the seeds for his new landscaping venture more than a decade ago – now he’s reaping the rewards after seeing his fledgling firm flourish into a blossoming business.

He now heads up a team of six, while turnover for his current financial year ending in April is already 10% above his projected sales figure of £200,000.

Ellwood has celebrated his record year by sponsoring the town’s football club, Northern League side Newton Aycliffe, with a £4,000 donation to sponsor their away strips and tracksuits for the 2017-18 season, as well as perimeter board advertising boards.

“It has been worth our while after a great year,” he said.

“Our turnover has more than doubled in the last two-and-a-half years through natural growth. What pleases us most is the awards and recognition that our work is singled out for, which we’re very proud of.”

SE Landscaping picked up several new contracts in 2017, many of which with local authorities, while it also works with petrochemicals giant Sabic, Portakabin on Portrack Lane in Stockton, Intelect UK at Riverside Park in Middlesbrough and Teesside property rental firm Parker Barras, which involves maintaining its portfolio of properties including flats and industrial units.

Based in Shildon and with a site on Aycliffe Business Park, SE Landscaping currently has more than 70 active clients on its books involving both private and public sector contracts across the North-East region – working as far South as York and as North as Cramlington.