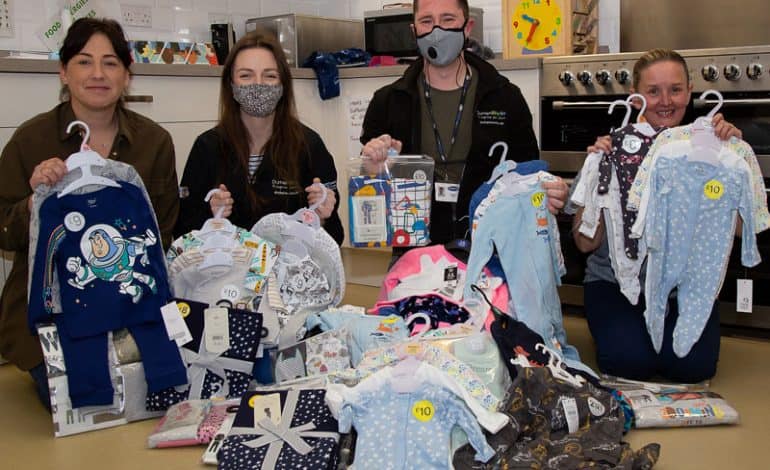 Kind-hearted council staff are helping children in the region’s hospitals this Christmas through a charity appeal.

Members of Durham County Council’s DurhamWorks team have got behind the charity Children’s Hospital Pyjamas, which collects donations of new items of nightwear for youngsters who have the misfortune of spending the festive season on a ward.

But the team chose to help children younger than that through the appeal. DurhamWorks staff took it on themselves to collect pyjamas as well as taking cash donations to fund the purchase of nightwear.

Between them they collected more than 60 pairs of pyjamas which the charity has since presented to University Hospital North Durham (UHND) and the Royal Victoria Infirmary in Newcastle, so children at both can benefit this Christmas.

Team member Hannah Fenwick said: “Helping young people is obviously something that is very close to our hearts in the DurhamWorks team.

“And when I heard about Children’s Hospital Pyjamas and how many so many youngsters find themselves rushed into hospitals without their parents or carers having time to prepare things like nightwear, I wanted to help.

“I was touched that my colleagues in the DurhamWorks team were happy to get involved too and to have collected more than 60 pairs of new pyjamas between us is something of which we are all really proud.

“Pyjamas are a comfort and essential when being admitted to hospital and we in the DurhamWorks team are really pleased to be able to provide these small gifts to help the children and their families during a difficult time.

“We hope that they bring them some comfort and reassurance.”

Following on from the pyjama appeal the DurhamWorks team will be collecting new toys, books, more pyjamas, activities, toiletries and selection boxes to pass to UHND for distribution to those children who will find themselves in hospital over Christmas.

DurhamWorks is a partnership programme between the council and five organisations which work together to support young people and help them create their futures.