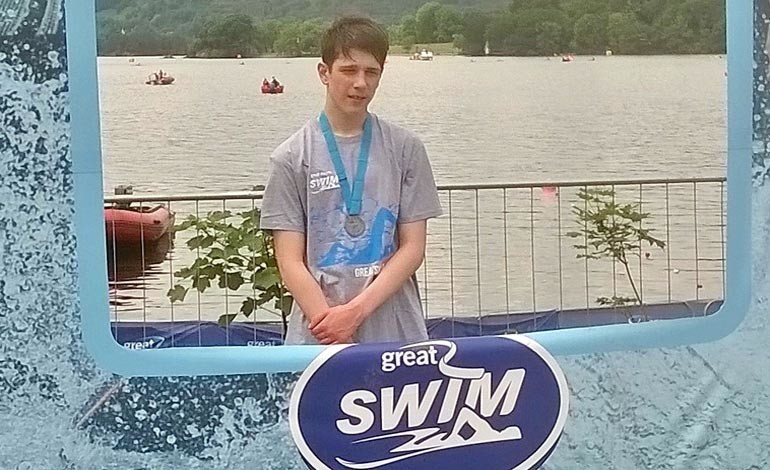 Aycliffe all-round athlete Jake Mendelsohn completed an open water swim at the weekend to raise hundreds of pounds for charity.

The 13-year-old Woodham Academy student took part in the Great North Swim in Windermere on Sunday.

Jake completed his half-mile in just over 14 minutes, finishing 10th in the Under-19 age group for that distance.

Jake, who climbed 26 places to 14th in the UK after an impressive biathlon performance at the British Schools’ Modern Biathlon Championships in March, is raising money for family friend Anna Swabey, who was diagnosed with a brain tumour last year.

His Mum Ally said: “We’re all really proud of him and want to thank everyone who has supported him.”

Anyone who’d like to sponsor Jake can so at www.justgiving.com/jakemendelsohn.

Jake is pictured (below) with his eight-year-old brother Isaac before Sunday’s Great North Swim. 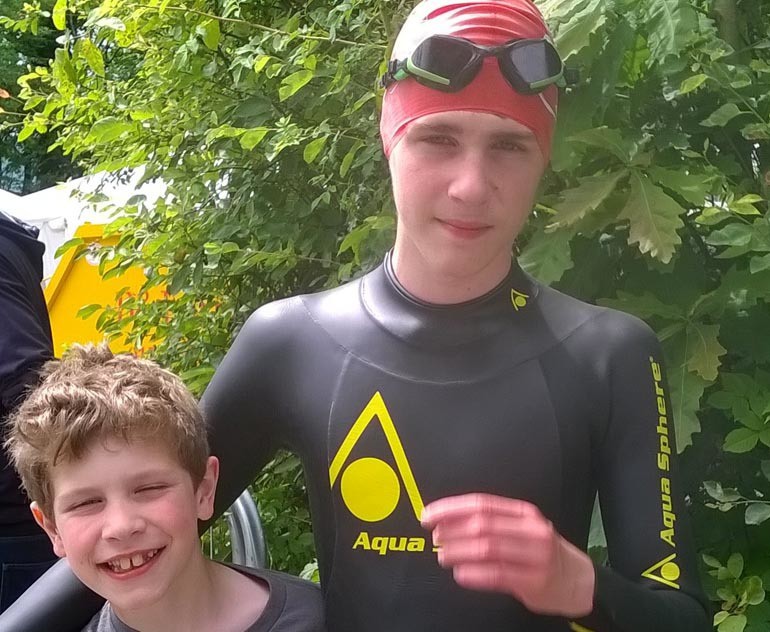