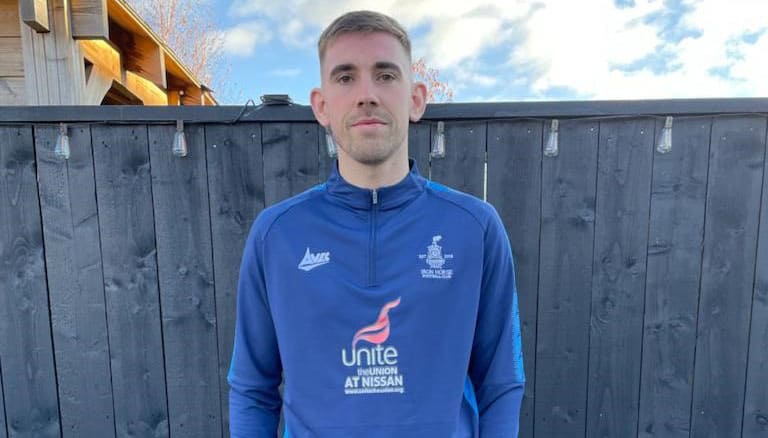 Newton Aycliffe Iron Horse get their FA Sunday Cup campaign under way at the Beaumont Landscapes Stadium next week.

The “Hoss” will entertain Murton Colliery of the Peterlee Premier League on Sunday, December 5, at Moore Lane Park, the home of the town’s Northern League club, with a 1pm kick-off.

The Iron Horse are current champions of the Durham and District Premier League and are hoping a return to playing a prestigious cup game back in Aycliffe will encourage a good crowd to help them progress to the last 32 of the national competition.

The club – who did a lot of good work during lockdown, raising thousands of pounds for local charities with their virtual race days – are hoping their good work during the difficult times can be repaid with a bumper crowd to help swell the club’s coffers ahead of any long-distance trips, if they were to progress.

Post lockdown the club returned to action on the field, and they ended the 2020-21 season as champions for the first time in over 20 years and the first one since joining the best Sunday league in the North-East.

They have started the 2021122 season looking to retain their title and pick up some big cups along the way and they remain in the running in all five cup competitions they entered at the start of the season.

Manager Neil Dodds said: “We have managed to build a good young squad but unfortunately last season was reduced to purely league games so we never got the buzz of a big cup game.

“So this is the first chance since 2019 we’ve been able to play in a proper ground with a good crowd in so we are hoping the people of Aycliffe will get behind us and see us progress.”

Secretary Will Swinburne added: “We are grateful to Newton Aycliffe chairman Allan Oliver and Eileen in the Sports Club for their help in allowing us to stage the game on the town, as the last few years we’ve had to use grounds in Shildon and Darlington so hopefully we can put on a show and get another home tie in the new year.”

The club has recently been on the lookout for some new sponsorship and were thankful to Newtonian Steve Bush who managed to use his contacts at ‘Unite the Union @ Nissan’ who have sponsored the players’ new tracksuits.

Club captain Ryan Coles – pictured (above) sporting the new kit – said: “The lads are over the moon with the new tracksuits.

“We have a lot of new players at the club, so we were turning up like the ‘Dog & Duck’. But now we look a bit more professional thanks to the lads at Unite.”

The club are always looking for new sponsorship opportunities if anyone is interested in getting involved then do not hesitate to get in touch with one of the committee members Will Swinburne, Barry Poskett, Shaun O’Hara or Stuart Owen.

Before the FA Sunday Cup game, the Iron Horse will be at Simpasture Park when they welcome Easington Colliery hoping to cement a place in the last 16 of the Durham County Cup on November 28 (10.30am kick-off).

You can keep up to date with Iron Horse’s progress on Twitter @NAWMCofficial.