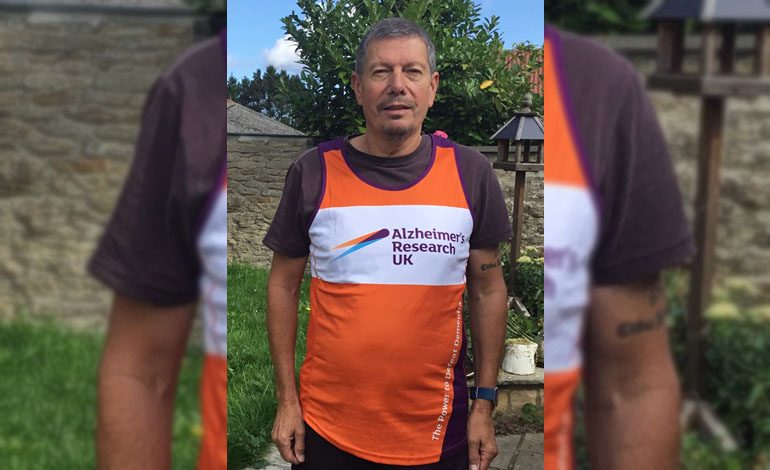 A former club runner from Newton Aycliffe is taking on the Simplyhealth Great North Run for the first time in more than 20 years to raise money for dementia research in memory of his wife who died with Alzheimer’s disease, aged just 62.

Newtonian John Elliott, a former member of Darlington Harriers, last ran the Great North Run in 1996, but will be tackling the half marathon again on Sunday to raise money for Alzheimer’s Research UK.

The 64-year-old, who has run the 13.1-mile race six times, chose to support the UK’s leading dementia research charity because his wife, Christine, died last year with Alzheimer’s disease having been diagnosed in 2011 aged 56.

Christine was also a member of Darlington Harriers and ran the Great North Run twice.

John said: “Alzheimer’s is such a cruel disease. It was really tough and as the carer you get the full brunt of it.

“It never really occurred to me that someone could get Alzheimer’s disease at such a young age.

“When she started having memory problems I did start to worry that it might be Alzheimer’s, but I was still staggered when she was diagnosed.

“She was okay for a long time, but from mid-2016 she deteriorated very quickly and it got to the point where I had look after her all the time, helping her dress and eat. 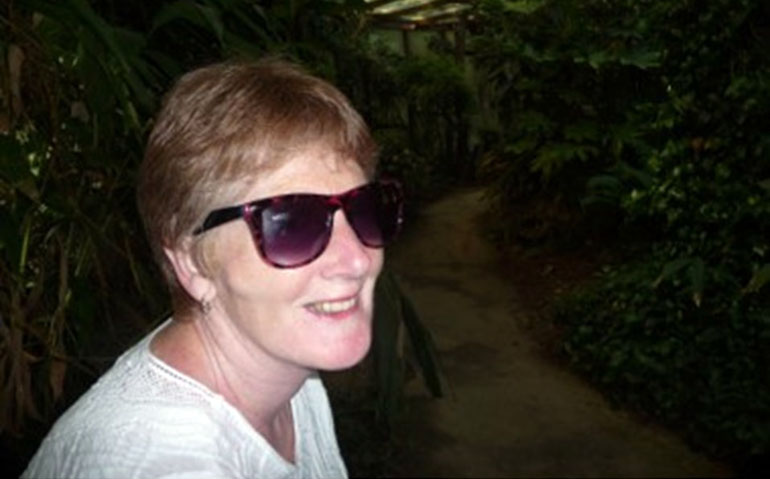 “If I ever raised money for or donated to charity in the past it would always be cancer related.

“I’ve had friends and family die of cancer, but with many forms of cancer you’ve got a chance of survival, while with Alzheimer’s you don’t have that.

“I want to support research so future generations won’t have the same fate as my wife.”

John, a retired bank manager who now works part-time as an environmental warden for Heighington Parish Council, has been running four times a week in preparation for the race and hopes to complete it in around two hours.

The father-of-one said: “I do the occasional 10km race, but this year is the first opportunity I’ve had to do a longer race and I thought it’s got to be the Great North Run.

“My best time for the Great North Run was one hour 14 minutes and I did the London Marathon in two hours 50 minutes. I don’t expect to match past glories, but I will get round even if I have to crawl the last few miles.

“I’m really looking forward to the race. There’s a small group of us, including some who are coming over from Florida, who will all be 65 around the race day. It’s a bit of a last swan song for us!”

John has so far raised over £700 and his former employer Barclays will match-fund donations up to £750.

To sponsor John go to www.justgiving.com/fundraising/JohnElliott64

John is one of 305 runners taking on the world’s largest half marathon for Alzheimer’s Research UK – a record for the charity.

Julia Sobik, senior sporting events & partnerships manager at Alzheimer’s Research UK, said: “There are 850,000 people with dementia in the UK and John’s story shows the devastating effect the condition can have on a family.

“The vital funds he and the hundreds of people taking on the Great North Run for us raise will power world-class dementia research projects and help bring an end to the fear, harm and heartbreak of dementia.”

For more information on taking on a sporting challenge for Alzheimer’s Research UK go to www.alzheimersresearchuk.org/support-us/fundraise/events

For further information about Alzheimer’s Research UK, or to find out more about fundraising for the charity, call 0300 111 5555 or visit www.alzheimersresearchuk.org