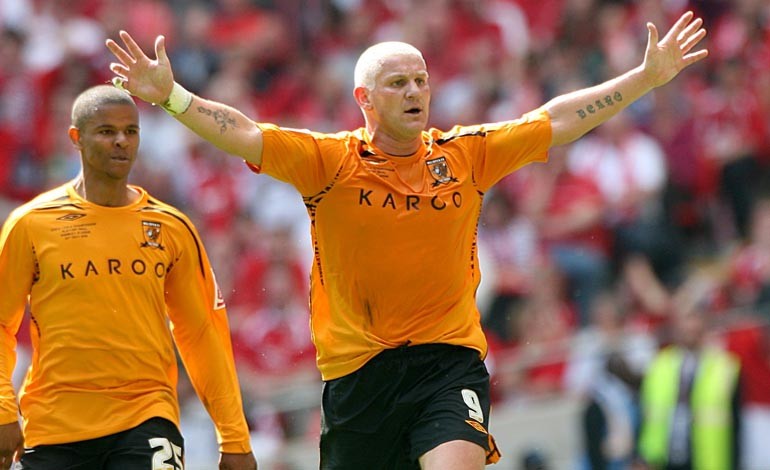 Football funny man Dean Windass is heading to Newton Aycliffe for a fundraising event next month.

The former Middlesbrough and Darlington forward is due to appear at Newton Aycliffe WMC for a Sportsman’s Evening on Saturday 8th August (7.30pm).

Windass is famous for a £60m play-off final-winning goal he scored for Hull against Bristol City at Wembley in 2008 – his 201st career league strike which secured his hometown club promotion to the Premier League.

The striker, now 46, began his career in non-league football with North Ferriby United in 1990 before he turned pro with Hull in 1991.

He went on to have spells with Aberdeen, Oxford and Bradford before Boro head coach Terry Venables brought Windass to the North East in 2001, helping the Teessiders avoid relegation.

He then had stints with Sheffield United and Bradford again before returning to the Tigers in 2007.

Windass gave coaching a crack during an ill-fated spell as Colin Todd’s assistant with Darlington, but they were both sacked just two months into the 2009-10 before the Quakers were later relegated to the Conference.

He has since become a pundit on Sky Sports TV.