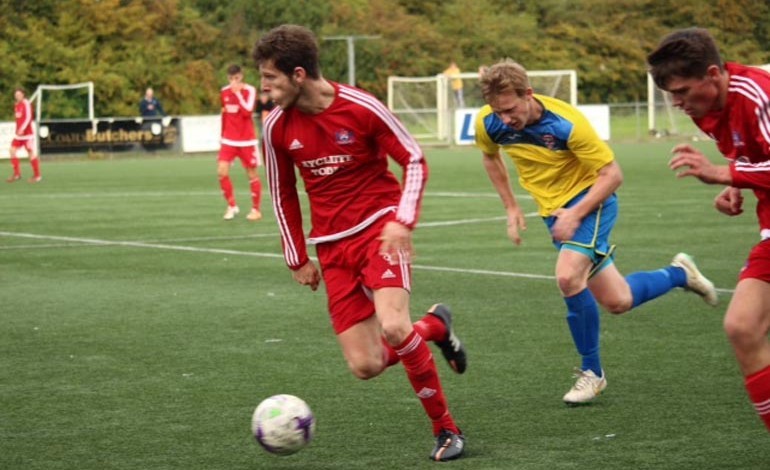 Aycliffe pulled off a fantastic victory over Durham City in the Ebac Northern League Division One on Saturday.

The victory came despite the visitors losing new signing John Campbell to an ankle injury in the first five minutes.

Zak Boagey replaced Campbell and went on to score two goals in a man-of-the-match performance.

Dennis Knight also contributed two with another sub Jack Gibson getting the fifth.

Aycliffe were missing top scorer Matty Moffat to injury and with Campbell’s early injury it could well have been a difficult day.

The first half was goalless despite chances at both ends.

But the second half was an Aycliffe goal-fest with the first goal coming after 51 minutes with a 25-yard strike from Boagey out of the reach of the Durham keeper.

The second goal came just five minutes later when the unfortunate home keeper failed to hold on to a Jordan Laidler free kick. Dennis Knight pounced on the rebound and slotted the ball home.

The same player got his second two minutes later. Just after the hour Boagey got another with a long range shot which looped over the keeper into the top corner.

Durham came close to a consolation goal after 77 minutes but the shot was well saved by their former player James Winter in the Aycliffe goal.

The fifth goal came with five minutes to go, with 18-year-old Jack Gibson, on as a substitute for Knight, finishing well.

This was an impressive win for Aycliffe, who now lie 11th in Division One with 16 points from 10 games.