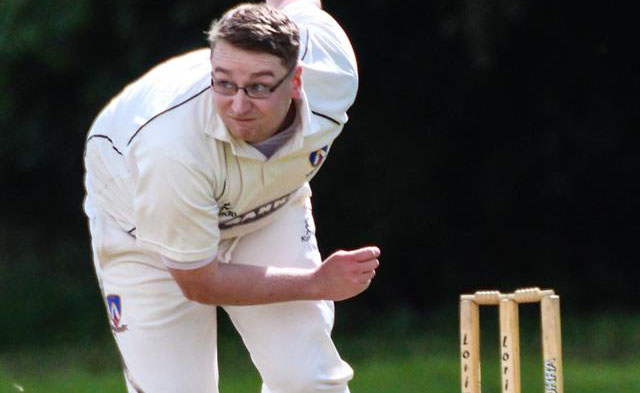 Newton Aycliffe 1st XI 65 all out after 27.3 overs
James Layfield-Carroll 13 and Chris Palmer 10

Aycliffe’s first team lost for the first time in six games when they were defeated by 67 runs at home to top-of-the-table Guisborough 1st XI. James Layfield-Carroll (sponsored by Signature Tiling, pictured above) had a match to remember after his brilliant spell of bowling left him with career best figures of 6 for 37 from 11.1 overs and then when Aycliffe batted, he top scored with 13 runs.
Despite this defeat, Aycliffe remain in fifth place in the second division table with 218 points from 17 games played.

The second team lost for only the third time this season when they went down by six wickets away at Guisborough 2nd team. Aycliffe captain Joe Haines (sponsored by Pheonix Energy) led from the front, top scoring with a superb innings of 55 from 110 balls, including three boundaries and a well hit six.
Aycliffe’s second team drop to ninth place in the 4th division table with 106 points from 14 games played.