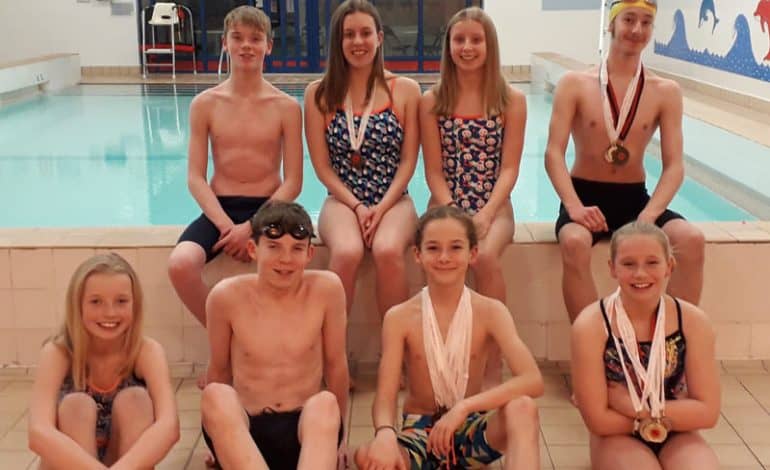 Eight swimmers from Sedgefield 75 swimming club travelled to Billingham for their first competition of 2020 last weekend.

They racked up 61 swims between them, taking on many bigger clubs including Sunderland, Newcastle and Middlesbrough, returning with 26 medals.

Charlotte Lee took on three breaststroke events, getting a personal best over 50m as well as 50m freestyle. Katelyn Craig swam in three races and took bronze in 50m breaststroke and 100m butterfly.

Filip Wilczynski competed in a mammoth 13 races, winning medals in eleven of them, four gold, four silver and three bronze. He also achieved the biggest PB of the weekend with over twelve seconds in his 200m butterfly.

Emma Price entered eight events but ended up swimming 12 races due to qualifying for four extra finals in the 14 years and under age group despite being only eleven. She took silver in the 100m backstroke final ahead of 13/14 year old girls. She finished with six golds and two silvers from races with her own age group.