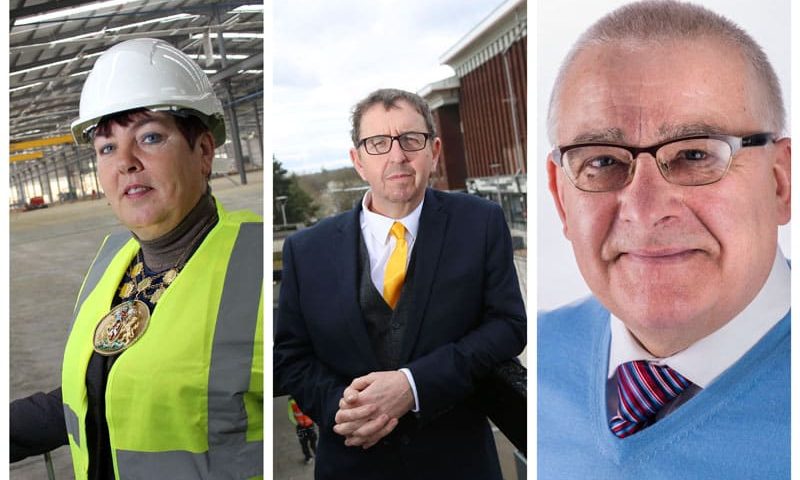 The Liberal Democrat Party is set to challenge Labour’s grip of Aycliffe East in the forthcoming Durham County Council elections.

The Lib Dems are aiming to win the two DCC seats available for the Aycliffe East area in the local elections on May 6.

It comes after Aycliffe Today reported last Friday that the Lib Dems are aiming to win the three Aycliffe North and Middridge seats.

Local businessman and community champion Neville Jones (above, centre) has confirmed he’s running in Aycliffe East, along with Tony Armstrong, who are aiming to take on sitting councillor Jim Atkinson (above, right), who was first elected four years ago.

As reported by Aycliffe Today on March 19, current Labour councillor for Aycliffe East Sarah Iveson is stepping down from her role, with Aycliffe Town councillor and former town mayor Wendy Hillary (above, left) bidding to win her seat and retain Labour’s hold on the ward.

Stalwart Aycliffe town councillor Bob Fleming, meanwhile, has launched a surprise bid in the county elections as an independent.

The three other candidates are Brian Haigh (independent), John Grant (Reform UK) and Martin Peeke (Conservatives), with all eight battling for your votes to win the two Aycliffe East seats on May 6.