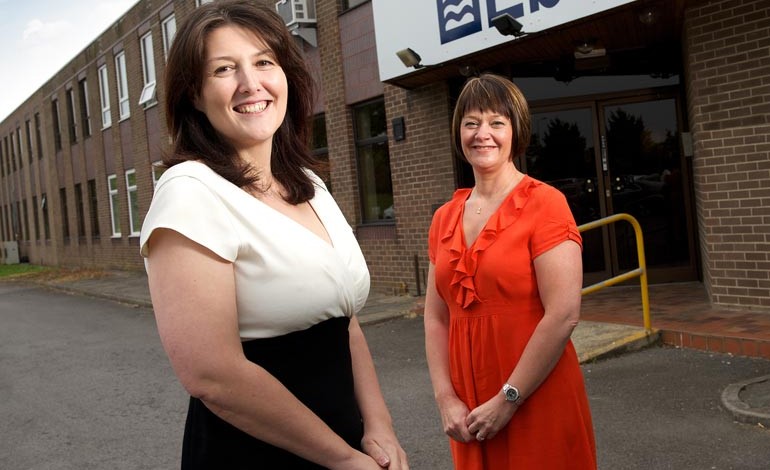 Ebac boss Pamela Petty insists chief executive Dianne Sharp has left on good terms, despite only being a few months into her new role in Newton Aycliffe.

Mrs Sharp told the Chronicle she was “disappointed” to part ways with Ebac when company founder John Elliott decided he was not ready to relinquish the reins.

She had been lured away from her role as CBI regional director to join the Aycliffe manufacturer of dehumidifiers, chest freezers and washing machines in June.

But Mrs Sharp, pictured (above left) with Mrs Petty after joining the Aycliffe firm, has since set up her own consultancy business after leaving Ebac last month, citing Mr Elliott as the reason.

Mrs Petty, Ebac’s managing director, said: “After stepping away of the business for a short period, our chairman John Elliott realised he wasn’t ready to retire and returned to take a hands on role in the management of the company.

“We are very proud of what has been built up at Ebac, which has an exciting future ahead.

“It is important that John is part of developing the next phase of the business and continuing Ebac’s manufacturing legacy here in the North East.

“I’ve known Dianne for many years and am confident that she will flourish and thrive in her new venture, and we all wish her every success.”

Mrs Sharp told the Chronicle: “I’ve known John and Pamela for a long time, so yes, I was disappointed, but I wasn’t surprised. It is a shame.

“John was not ready for that loss of control and he needed to step back in for his own sake.

“We parted on very good terms, genuinely, and there are no hard feelings at all.”