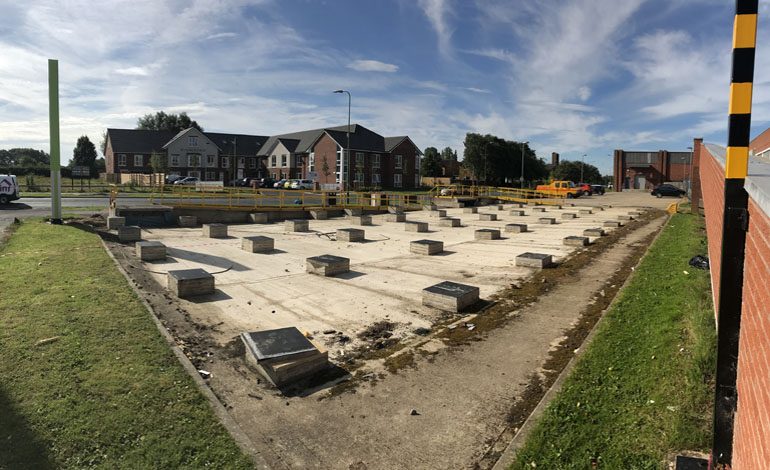 The future of the former library site in Newton Aycliffe remains unclear after its owners told Aycliffe Today a decision on its development isn’t expected “for some time”.

Despite getting planning permission for a fast food restaurant on the site 19 months ago, nothing further about the proposal has been disclosed.

Contractors dismantled and removed the pre-fab buildings which formed the old library on Central Avenue a month ago.

But there has been no further activity on the site since.

A spokesperson for the town centre management told us: “There has been no decision yet and it’s unlikely for some time as the works is not completed yet.”

Daejan’s application sought to establish the suitability of the site for the scale, type and use of the proposal which would be a single-storey 150m2 restaurant.