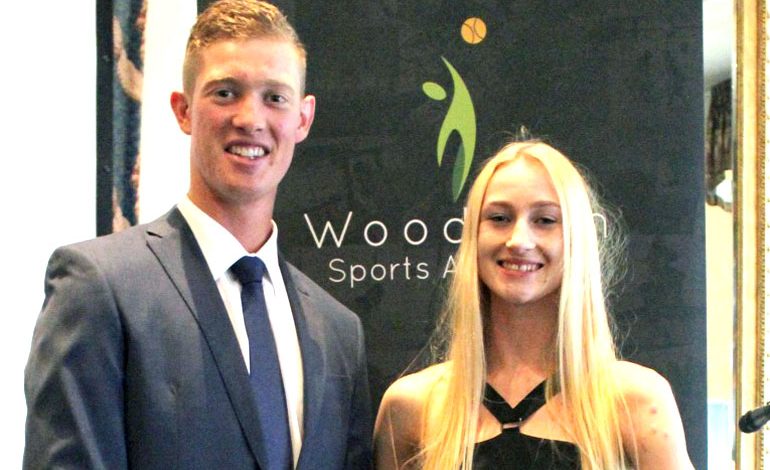 Woodham Academy has enjoyed considerable sporting success throughout the years.

Lisa Robinson, a current year 11 student is a prime example of this. Not only is she surpassing her academic targets in a range of subjects, she also has outstanding behaviour and 100% attendance. Lisa is a role model and inspiration to younger students.

Lisa has been a member of Woodham Sports Academy since she first began at Woodham Academy.

This has allowed Lisa to develop her skills and confidence as well as grow as a person. When she isn’t studying, Lisa devotes her time to dance, a sport that she loves. Lisa attends Clare Walton’s dance school, ‘Stepping out with Clare Walton’, which has given her a wealth of opportunities including working with and meeting her own role models.

Lisa has worked hard in preparing for and performing in the annual Dance Showcase at Woodham Academy.

She performed a stunning solo piece and really displayed her talent in the group pieces. Not only has Lisa been preparing for this, she has also been working towards other performances including ‘Stepping out’ with Clare Walton.

As well as maintaining her high grades within school, Lisa has attended a range of conventions and workshops along with others from her dance school.

She attended the annual ‘Move It’ convention in London where she experienced great success, getting through to the finals.

She also performed on the freestyle stage. This required Lisa to improvise a performance to a piece of music, showing her amazing creativity and emotion in dance.

All of her hard work paid off as she was placed 3rd overall after performing to a huge audience. Lisa was also spotted by specialists during lectures and awarded other prizes.

On Monday 1st May, Lisa attended another important event in the North East. Set up by Clare Walton and run by Viva Prom, was the ‘Rising Stars Dance Convention’.

This huge event, which is in its second year allowed dancers from all over the country to attend different workshops and lectures. There were even scholarships in place for dancers that were seen to perform at the highest level.

During the day Lisa danced her heart out. She put on an amazing performance as she always does. Her efforts were recognised and towards the end of the day Lisa was offered a once in a lifetime opportunity.

Lisa was spotted by a range of different companies and she has been awarded a University Scholarship. Lisa now has a university place at Addict Dance Academy in Leicester. This is a three year course worth the sum total of £27000.

Lisa is continuing her studies and plans on attending one of the local colleges to study A Levels before taking up her scholarship. Director of Woodham Sports Academy, Hannah Kent, says “Lisa is an asset to Woodham Academy and will be truly missed when she moves on. We wish Lisa the best of luck for her future endeavours and we are sure she will be a star.”