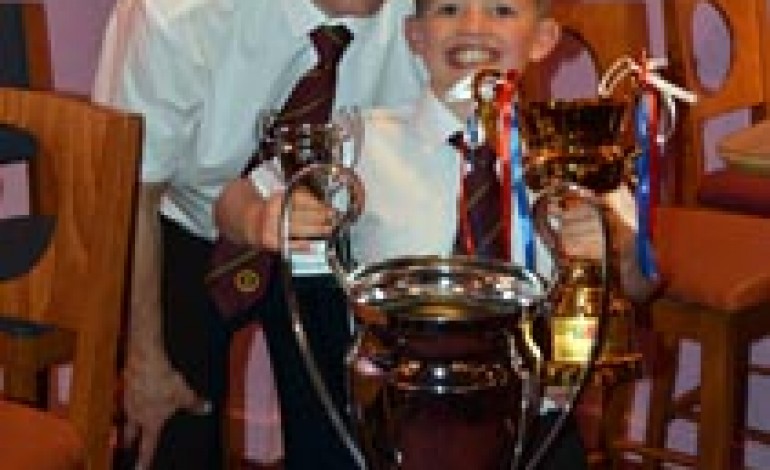 Newton Aycliffe Juniors Under 9’s travelled up to Berwick to compete in the Haggerston Classic Tournament over the Bank Holiday weekend.

Both the Russell Foster and TJFA teams were represented each playing five group games over two days attempting to reach the final on the Sunday.

The Russell Foster side were allocated to Group 2 and despite recording a great win against Hillfield Swift Falcons and an amazing goalkeeping display from Dom O’Donnell limiting the prolific Whickham Fellside Greens team at the end of the first day they did not progress through to the final.

The TJFA side started off with a 2-0 win over Coxhoe and continued to victory over Whickham Fellside Whites, Hetton Lyons, Beamish Bolts and Hillfield Swift Jets without conceding a goal to book their place in the final.

It was the Whickham Greens who had topped Group 2 undefeated so the two best sides over the weekend came up against each other in the showpiece finale.

Despite going down 1-0 early on our squad demonstrated their quality with great movement going forward complemented by a stern defensive effort leading to first an equaliser from Jake and then the winner from Charlie confirming the Aycliffe side as champions.

A great team effort over the weekend with Thomas between the sticks letting in only one goal over six games. Chloe was the usual rock at the back with the 16 goals spread across the team with three each for Jacob, Jake and Charlie.

Two goals scored by Lucas, Aaron and Zack with Harry chipping in with one.

The spirit of the team was also rewarded at the trophy presentation as they were also winners of the Sportsman’s fair play award – fantastic effort from all of them to bring the trophies home!