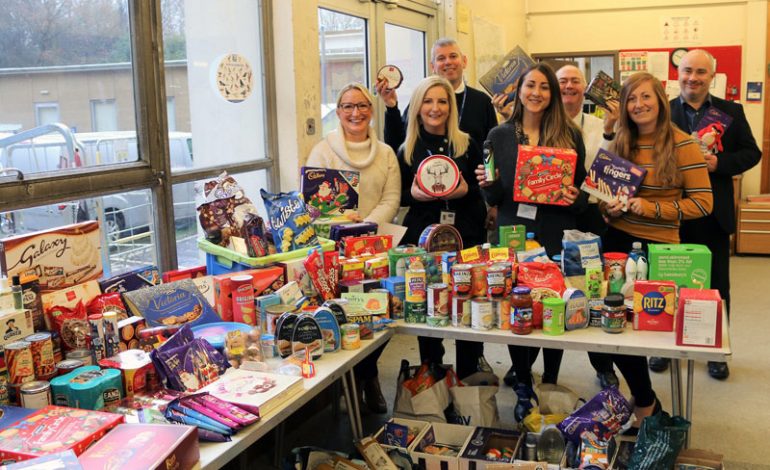 Generous council staff and elected members have donated thousands of festive treats to foodbanks across the county to help people in need this Christmas.

Employees and councillors from Durham County Council donated throughout November to the appeal which asks them to buy an extra item, such as a Christmas pudding, crackers or festive biscuits, with their regular grocery shop.

Donations were then dropped into all the council’s main buildings and used by the foodbanks to create special Christmas hampers for local people in crisis.

Foodbanks across the county will distribute the hampers alongside the emergency food parcels they supply to families.

Enough food was donated during November 2019 to provide hundreds of meals for people in need this festive season.

This is the third year running that council staff and councillors have donated to the main Christmas food appeal and this year, for the first-time, people were also asked to specifically contribute advent calendars.

Over 700 calendars, including non-chocolate calendars and calendars which were suitable for people with allergies, were donated for children who wouldn’t otherwise have been able to take part in the Christmas-countdown fun.

Cllr Angela Surtees, Cabinet member for Social Inclusion, said: “Our staff and elected members have a fantastic history of supporting local charities all-year-round, but particularly in the run-up to Christmas. Often people take luxury items for granted at this time of year, but by donating an extra treat alongside the usual food cupboard staples, people can make a big difference to people in our community and help families who are having a difficult time to enjoy some normality on Christmas day.”

As well as the Christmas appeal, council staff and elected members also make donations of non-festive goods for the foodbanks at council buildings all year round.