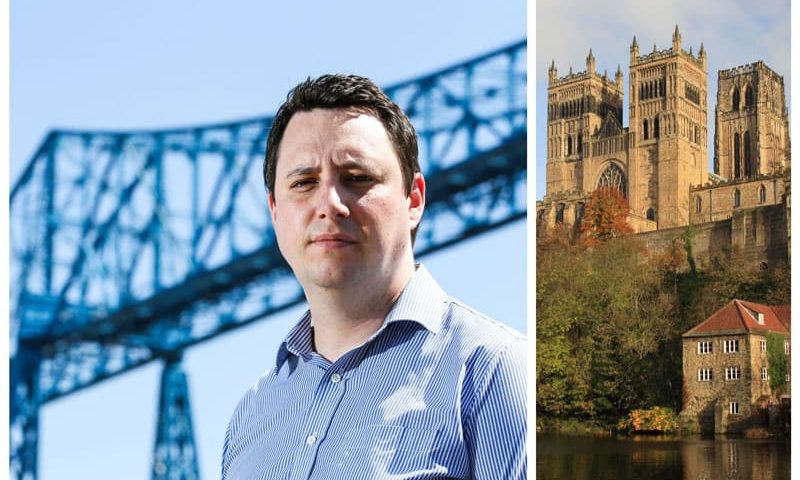 A new twist in the North-East’s devolution saga could see County Durham push for its own elected mayor rather than linking up with neighbours.

There have been hopes that seven local councils either side of the Tyne could reunite under a new mayor covering Newcastle, Northumberland, North Tyneside, Sunderland, South Tyneside, Gateshead, and County Durham – with a deal potentially unlocking £500m of government cash for desperately-needed transport upgrades.

But prime minister Boris Johnson announced last week that individual counties could now be given the chance to elect their own mayor under the government’s ‘Levelling Up’ plans, rather than having powers and funding devolved to figureheads covering larger city regions.

Durham council leader Amanda Hopgood says her authority “will be looking at all of the options, including a county mayor” as its new political leadership decides which path to pursue.

Councillor Hopgood, a Liberal Democrat, took over as council leader in May as Labour lost control of County Durham for the first time in 100 years, with the authority now run by a coalition of Lib Dems, Conservatives, and independents.

The prospect of going it alone with an elected mayor instead of joining a larger combined authority has also been touted by one of the area’s MPs this week.

The Tees Valley Combined Authority created its own mayor four years ago and Ben Houchen won his second term with a landslide victory in May.

Houchen’s Tees patch – which covers the Darlington, Stockton, Middlesbrough, Redcr and Cleveland and Hartlepool council areas – has benefited hugely from his Tory influence, with the region winning major investments including the freeport and Treasury North campus in Darlington as well as millions of pounds in devolved cash.

But Durham Conservative Richard Holden reckons “almost everyone” in County Durham is opposed to “being lumped in with six other local authorities” and that the idea of the vast county having its own mayor would appeal.

In a blog for Conservative Home, the North West Durham MP expressed fears that a huge combined authority covering everywhere from Berwick to Barnard Castle could have a “narrow focus on the metropolitan centre of Tyne and Wear”.

Previous talks over a devolution deal to create a mayoral authority covering the seven council areas broke down in 2016 after a split in the region’s Labour-dominated establishment.

Newcastle, North Tyneside, and Northumberland then broke away to form their own North of Tyne Combined Authority, for which Labour’s Jamie Driscoll was elected mayor in 2019.

Asked about the prospect of choosing a county mayor over a combined authority, Cllr Hopgood told the Local Democracy Reporting Service: “We are a new administration and we have to discuss it.

“We are starting from scratch and we will be looking at all of the options, including a county mayor.

“There is nothing that is not on the table for discussion.

“We need to work in consensus and I believe that is the way forward, everyone needs to understand what is involved.”

She was speaking after a North East Combined Authority meeting on Tuesday, at which Sunderland Council leader Graeme Miller said that the ‘LA7’ councils “hope to get to a position where we can form joint proposals on our ask from government in relation to devolved funding and powers”.

There was confusion earlier this month after Mr Driscoll claimed in a Parliamentary committee that there was a devolution deal “on the table” for the seven authorities to reunite.

Leaders South of the Tyne denied that, with Cllr Miller saying any agreement was “some way off” and Cllr Hopgood saying her administration was “not aware of the details of any such deal and, as such, Mr Driscoll is not speaking on behalf of County Durham.”