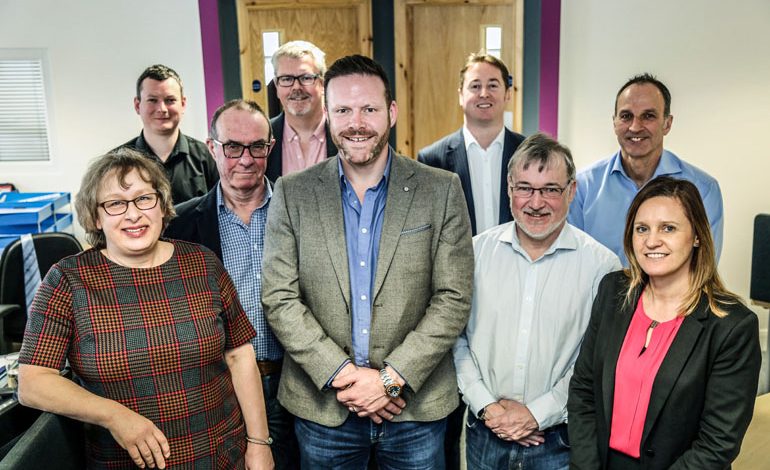 A commercial finance business is expanding to Leeds as it celebrates 10 years in business and gears up for an ambitious growth plan.

Commercial Expert, based on Aycliffe Business Park in Newton Aycliffe, celebrated a decade in business in February.

Managing director Mike Coates has now laid out an ambitious plan which would see its turnover surpass £1m by the end of the 2018-19 financial year.

Commercial Expert has grown considerably after expanding to bespoke offices in Aycliffe two years ago, after it was first formed by Coates in 2008, with sales climbing 25% in the last 12 months.

The firm now handles more than £170m-worth of deals across 560 cases a year, for clients predominantly in the North East region, with a range of services including business loans, property investment finance, development finance, bridging finance and crowdfunding loans.

“We’ve already appointed a foot soldier in Leeds and we’re looking at Sheffield, Hull and Newcastle, and possibly up to Scotland, as potential areas for growth.

“We’re also aiming to take on more staff at our Aycliffe head office this year – at least one more business manager to help accommodate a continued rise in work-load – so rather than celebrating what has already been achieved, we’re excited and positive about the months and years ahead.”

Commercial Expert was founded by Coates in 2008 when he diversified from the residential mortgage and insurance advice career he began in 2001.

Originally based in Darlington, the firm relocated to Aycliffe in 2012 to facilitate the growth of his expanding business before expanding to new offices in 2016.

And in the last year, Commercial Expert has added to its team with new office manager Susan Driver and business managers Rod Dales and Tracey Barnes.

Reflecting on the firm’s 10 years in business, Coates said: “We’ve seen a tremendous amount of changes in our industry over the last 10 years, when you consider Commercial Expert was formed in February 2008, right in the middle of the world’s biggest credit crunch.

“Lenders have gone, others have come and gone, regulations have come in, we’re seeing Brexit and fluctuating share prices. As a result there’s a constant flow of new lenders coming to the market place.

“But I’m relatively happy with the way the company has developed. I can be impatient – it’s my baby and it came from zero – but I’ve learned to be more patient over the years. I love what I do and the people who work here love what they do.

“It’s hard work, but we’ve built up a good strong network of accountants, valuers and solicitors across the North East, as well as direct clients, and we’re buoyant as we look to grow and expand the business.”