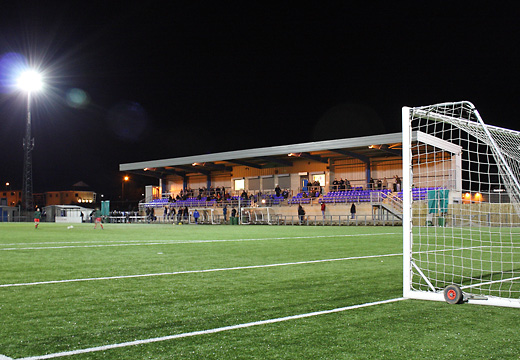 Newton Aycliffe progressed to the next round of the Durham Challenge Cup with a resounding win over Durham City.

They were ahead after only two minutes, when new signing (and man-of-the match) Ethan Wood played Matty Pennal in, and he shot low into the corner of the net.

After 11 minutes, they doubled their advantage when Tom Gavin curled a free-kick around the defensive wall.

It was all Aycliffe and they had several chances to increase their lead, but had to wait until seven minutes before the break. Shaun Hudson was played through and he slotted the ball under the keeper.

Durham made changes during and just after the break, that enabled them to be more competitive in the first twenty minutes of the second half. But they couldn’t trouble James Winter in the Aycliffe goal.

Aycliffe pushed forward strongly again, with Pennal having a couple of good chances.

In the 89th minute, Kurt Matthews hit a fine shot for the fourth goal, following good work by Marc Costello.

And in injury-time, Alan Harrison was put through by Stuart Thompson, and he finished well with a low shot into the corner for the fifth goal.

Aycliffe’s next match is at home to Consett at Moore Lane Park on Saturday (October 27).