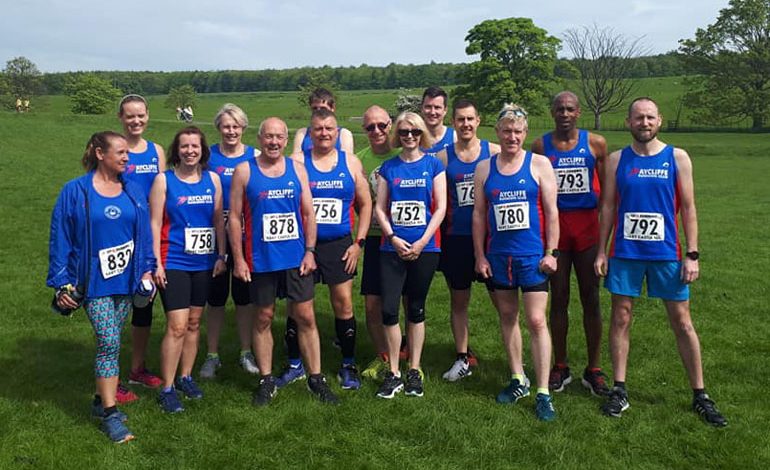 It was yet another full week of racing for members of Aycliffe Running Club (ARC) and this week began with some members taking part in the Tees Trail 5k series.

Unlike other weeks there is not much to report by way of the parkruns. This was due to the fact that the club had agreed to ‘take over’ at Sedgefield Parkrun. This meant that all volunteer positions such as setting up, marshalling and timekeeping were all done by the members of ARC.

We had an extremely good allocation of volunteers for this and it was great to see the club giving something back to the parkrun that so many participate in every week.

It was not so quite on the Sunday however, with numerous members taking part in several different events.

First up was Trish Kay who was the only member to take part in the Pier to Pier race on the North East coast and which is almost seven miles long. She was on of 1249 runners in the point to point race which starts on the beach at South Shields.

After approximately one mile along the beach there was a climb onto the Leas before continuing along the clifftops which gave spectacular views of the North East coastline.

The run the continued passed Marsden Rock and Souter Lighthouse before joining the promenade to finish on the beach at Roker Pier.

This isn’t an easy race as there are different surfaces to contend with from sand, grass, stones and rocky clifftops. Trish reports that she was very happy with her time of 59.05 on a course on which it is unlikely that you could obtain a PB.

John Surtees then participated in the Whitsun Woodland Run at Wynard. This is a trail run and unfortunately due to an error the course became an additional mile longer than it should have been. However, John completed the run in 46.38 in 10th position.

Paul Dalton travelled to Liverpool to take place in the Liverpool Rock and Roll Half Marathon. This is a large event which takes runners along the Mersey and past some of the sights of Liverpool such as Penny Lane. Paul completed the half marathon in 1:24;37.

There was however, a really good turn out of runners at Raby Castle for the annual 5k and 10 races.

The 5k race consists of one lap arounds the grounds of Raby Castle taking in several inclines. The 10k race follows the same loop only it has to be done twice.

Jane Burnside completed the course in 33.11 and despite the hills still enjoyed the course.