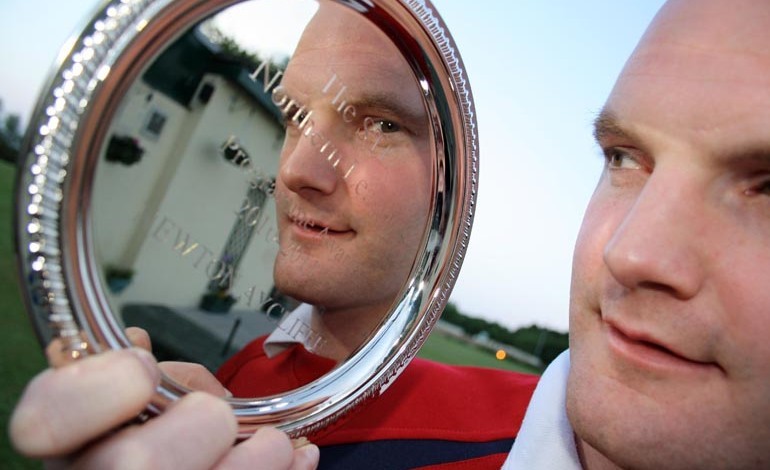 A charity fundraiser topped up his totaliser this week thanks to a Christmas wine draw which brought in £800.

Newtonian Paul McGeary has spearheaded a campaign which has so far seen over £35,000 raised since he was initially diagnosed with Leukaemia in 2014.

Paul’s mother, Mary Warke, along with her friends Marie and Dave Nicholson have gathered charitable donations and turned them into Christmas hampers, with a grand draw taking place on Thursday evening.

Next week marks the four-year anniversary of Paul’s diagnosis, and although his condition has been in remission for 18 months since a relapse in 2016, the relentless fundraising push has shown no signs of slowing down.

Mary said: “I’d like to thank everyone for their donations, interest, purchasing tickets and support throughout the past few weeks. Hopefully the prizes will add to a nice Christmas for everyone.”

Paul added: “Thanks to my mother and her friends for their hard work and dedication to this leg of fundraising. £800 is a phenomenal effort at this time of year, and is testament to the support we have had throughout.”

Further fundraising is planned for 2019 as the group looks to surpass the £40k milestone. Anyone with any ideas is urged to contact Paul at [email protected]