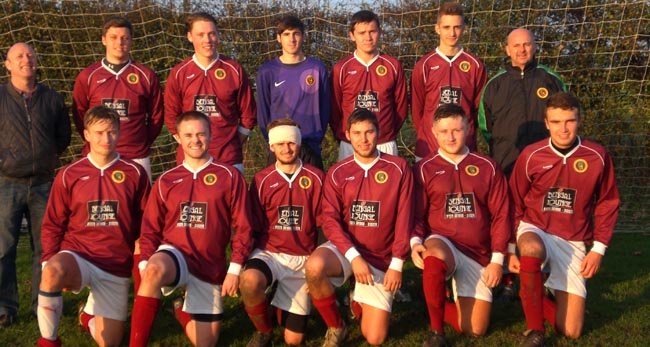 Newton Aycliffe JFC u23’s were delighted when The Bengal Lounge Indian restaurant kindly agreed to sponsor a new home kit for the 2014-15 season.

The u23’s team manager Nige Slatcher said: “I’d like to thank both Ali and Abs from the Bengal Lounge for donating the money to purchase the new strip.”

The picture was taken after the team’s excellent 6-0 home win against Chester Le Street earlier this month.

Anyone interested in getting involved can find out more information at www.najuniorfc.co.uk