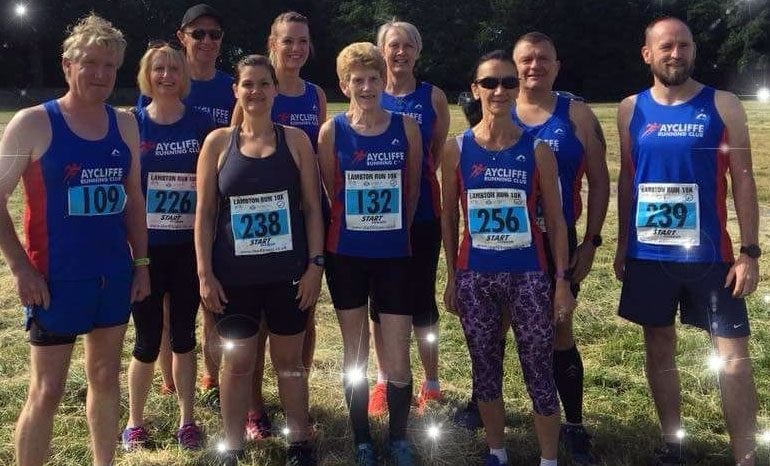 Following the recent Aycliffe 10k it was back to racing for the members of Aycliffe Running Club this week.

The racing started with two members taking part in the North East Grand Prix at Monkton Stadium where they both competed in the 1-mile race on the track.

Following on from that was the regular parkrun participation which again saw several members gaining PB’s at their respective parkruns.

At Sedgefield, Melanie Rowland completed this in 30.27 and Carrieanne Ingledew in 37.11.

On Saturday afternoon Richard Harvey attended the North East Master Athletic Association track championship at Jarrow. Richard had a very successful afternoon competing in two races. In the 400m he won the 0/75 race in a time of 89.9 seconds and completed the 800, in a time of 3.32.8 minutes. Richard was extremely pleased with his times.

The final race of the week took place at the Lambton Estate near Chester le Street which was organised by the Foundation of Light. This is an annual event set in the exclusive, beautiful and private Lambton Estate which is not normally accessible to the public. The 10k race is a challenging one of mixed terrain and which is very undulating which takes in countryside scenes including Lambton Castle.