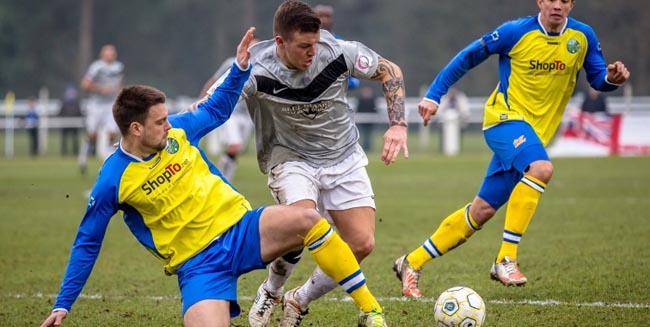 The 23-year-old returns to Moore Lane Park, having played 45 minutes for the club back in 2009 – as a substitute in a 3-0 reverse to North Shields – before joining EvoStik outfit Whitby Town.

A powerful striker, Owens (above, centre) will line up with close friend Danny Earl as the Newtonians look to improve on last season’s disappointing campaign.

He signed for the Railwaymen shortly after, having spurned the chance to join Darlington as the Quakers romped away with the Northern League title.