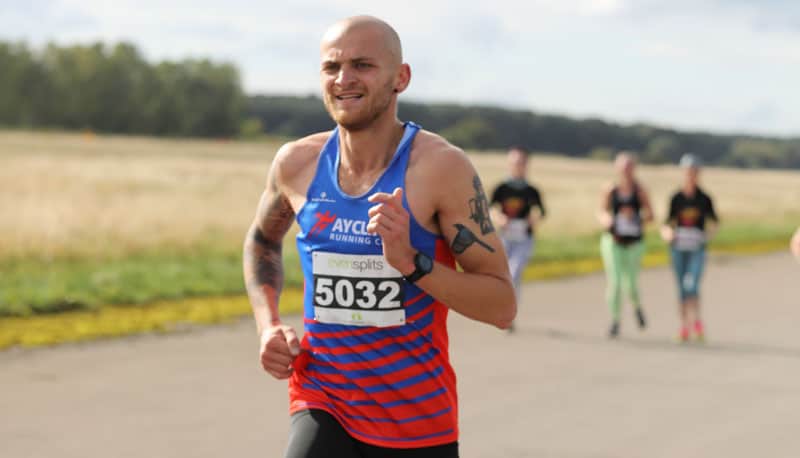 Jez Ladbury took on the Hardmoors Wainstones 13.1 Trail Race. The Hardmoors Race Series, which usually includes a marathon, half marathon and 10K option on each race weekend, take place on and around the North Yorkshire Moors, and the races are usually longer than the advertised distance, the organisers being proud to give you more for your money! On this occasion the 13.1 Trail Race was actually 16.5 miles, and featured 3630ft of elevation, which Jez completed in 4:02:01.

Carley Cooper took part in the Durham Trail 10, hosted by the Trail Outlaws as part of their Urban Trail Series. The race started in Durham City, and provided runners with the opportunity to run on the trails and through the woodland surrounding the city itself. Carley completed the 10 Mile race in 2:10:13.

Later that afternoon, John Surtees donned his spikes for the 1500m race in the North East Counties Athletics Association Open Meeting at Middlesbrough. Running in Heat 6, John came home in 4:23.25, which was a new PB for John, and set a new club record in his age category (M35-39) for the distance.