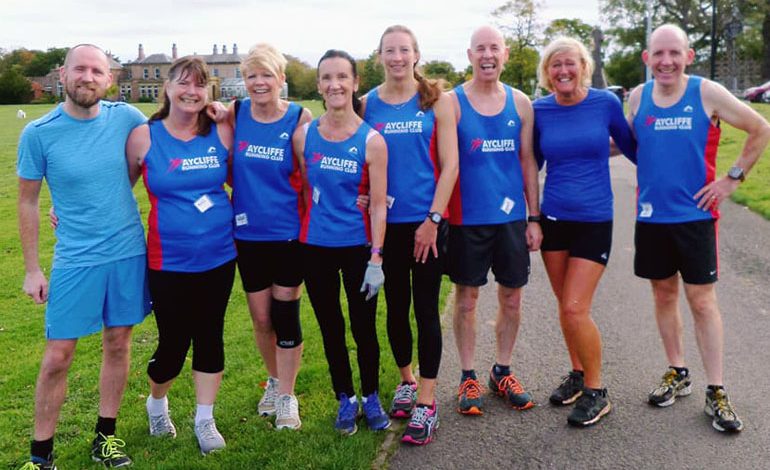 The race took runners across footpaths, fields, farm tracks, trails and across the golf course. The ground was extremely muddy in places and there were many trip hazards, low hanging branches and golf buggies to be aware of.

Four Aycliffe Runners turned out for the Wynyard Hall 10K on Sunday 24 September. It was a tough undulating course with two big climbs.

The first event in the Stockton Winter Trail series was held at Preston Park. It was a fine, sunny October morning.

Members of Aycliife Running Club also made the journey to Kielder on Sunday 8 October for the annual half marathon and marathon events, described to be the most beautiful in the country. Conditions were perfect for running on the off road, hilly, but very scenic courses.