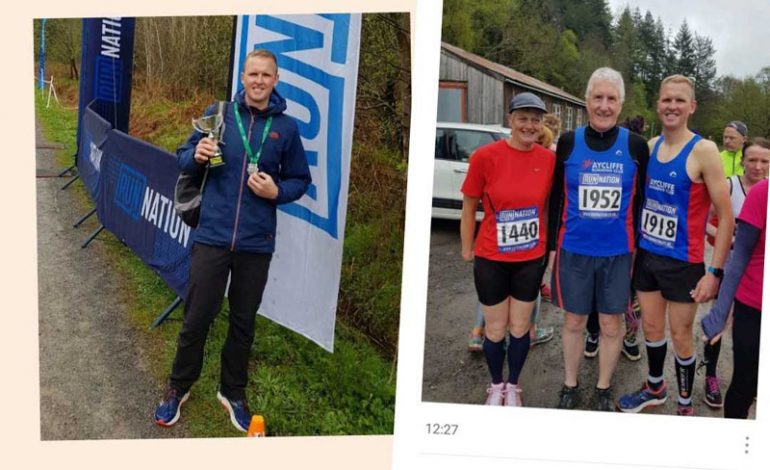 It was again a busy week with racing during the week.

First up was john Surtees who travelled to the Monkton Stadium for the North East Grand Prix for North East Counties athletic Association. On this occasion John was competing in the 10,000m which is 25 laps of an outdoor track. John completed this in 35.15.11.

Closer to home ARC had 9 teams competing in the Neptune Relays. These are hosted by Sedgefield Harriers and take place at Hardwick Park taking in the main lake before looping round the serpentine lake. It was a record number of entries with 121 teams competing in total on what was a lovely spring evening.

On Saturday we had a few members take part in the Run Durham Hamsterly 10k hosted by Run Nation. This was a course that was mostly uphill for the first half before a good descent in the second half of the race. Mark Wade was first home for the club in a time of 37.48 which put him 2nd place overall (also 1st in his age category). He was followed by Paul Dalton in 39.51, Sandra Collins 54.24 (1st in her age category V50), John Young in 1.01.31 and Kathryn Waterworth in 1.02.47.

On Sunday the first venue was Washington with a couple of members taking part in the Washington Trail Race. This is a very undulating trail race which is part of a series of races known as the trail Outlaw Series. First home was Carley Gibson in 1.12.46 and Sandrine Boinet-Hewitt in 1.12.49. Linda McNamee also took part in this race but was running for her first club Hunwick Harriers. She completed this in 1.12.43.

We also had Andy Talbot take part in the Blackpool Half Marathon staged by Flyde Coast Runners. Andy completed this course in a time of .30.13 and was first in his age category V55.