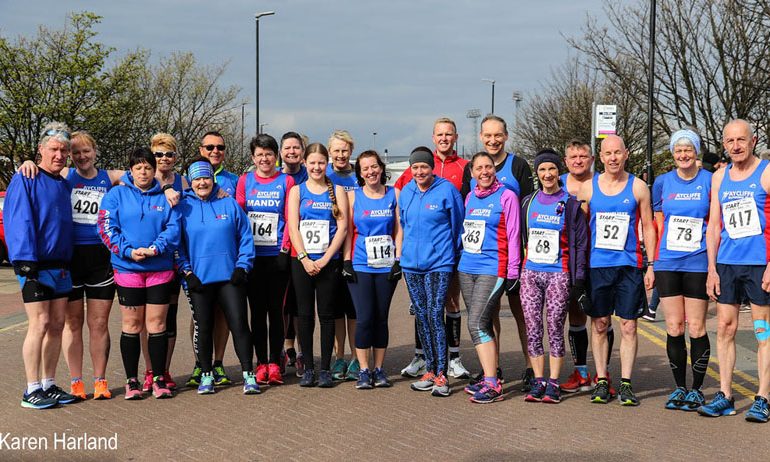 It was another successful weekend of racing for ARC with members flying the flag for the club over in Europe.

The racing this past week began on Wednesday night when a good number of runners attended the first race in the Darlington Summer Trail 5k Series.

This one known as the Rocket took place just outside of Darlington at Middleton St George and took place along the old railway line from Darlington to Stockton. 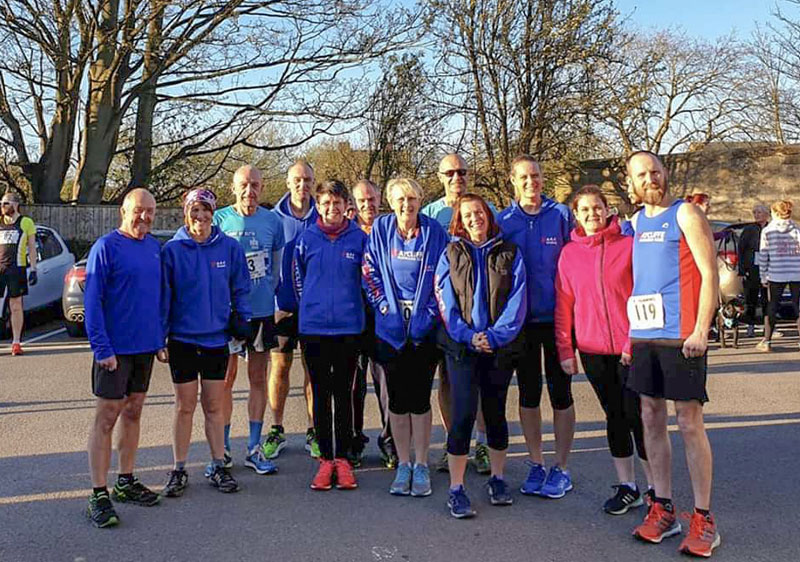 Also on Wednesday night two members took place in the Coast Road 5k. This is one of a popular series of races that take place along the coast road at Marske. First home was Mark Wade in 17.17 followed by Paul Dalton in 17.58 (running for his first club Quakers of Darlington).

On Saturday we had two members achieve PB’s at Shildon’s Hackworth parkrun on what was the 300th event. Tracey Pickering achieved a PB of 30.52 followed by her Husband Cliff Pickering in 32.13. There was cake at the end and this may have spurred them on.

Sunday was the main race day with members taking part in all different races.

First up Rob Nicholson and John Heywood took part in the Guisborough Moors fell race which is a tough 12 mile race that takes Roseberry Topping in its route. Rob completed this in 2:33:01 followed by John in 2:33:27.

In Durham, Richard Tonge was competing in a new race Star Wars Episode iV A New Run. This was a 7 hour timed event in which you chose the distance you wished to run. The organisers had mapped out an approximate 5k lap along the river and runners could do as few or many laps as they wished within the 7 hour period. Provided you completed at least one full lap, you obtained a themed medal. Richard Tonge completed two laps totalling 6.57 miles in 1:09:37.

Down in York we had one member, Trish Kay take part in the Vale of York 10 mile race. This races takes place on the country lanes to the west of York/East of Leeds finishing at the York Gliding Centre, Rufforth. Although it was a cold and breezy day, Trish enjoyed the race completing this in 1:20.

Down in Brighton Simon Matthew Turner took place in the Marathon. This is a relatively new but popular marathon and Simon completed this in 4.52.49.

The next stop was Paris where Julie Nisbet took part in the Paris Marathon combining this with a family holiday. Despite training not going to plan due to injuries Julie completed the marathon in 4.56.33. 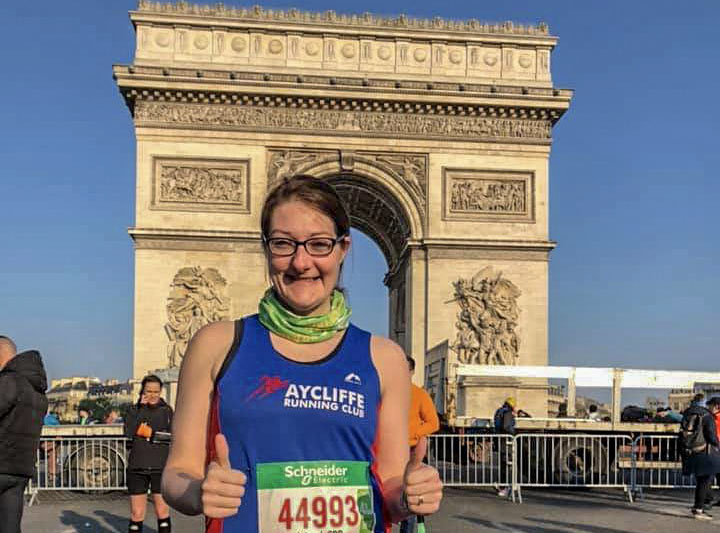 Finally we turn back to the UK and to Hartlepool in particular where the largest number of our runners could be found.

It was the popular Hartlepool 5 mile race which starts at the Historic Quay taking the runners out along the promenade to Seaton Carew before turning them back to finish close to where they started.

It was colder and windier this year than it had been for the past couple of years but this didn’t stop our runners with many achieving PB’s and some achieving prizes.