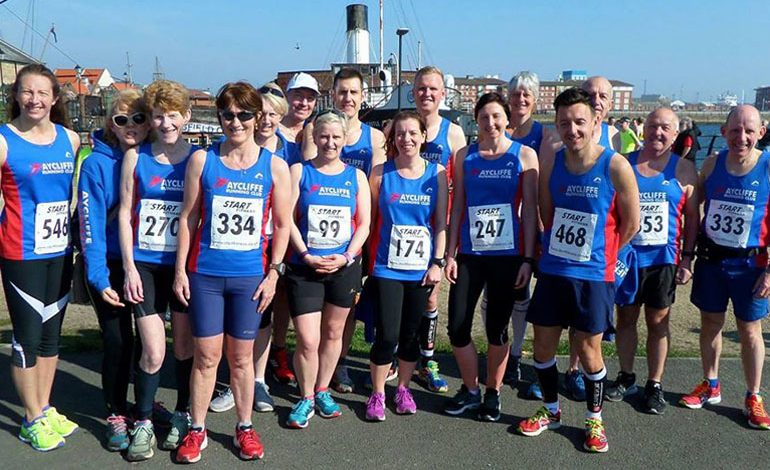 On a bright and sunny Saturday in March Trish Kay took part in Coniston 14.

The 14-mile road race is a lovely scenic, undulating course around the Lake at Coniston. Trish, who is trying to get back after a bad injury, completed the course in 02:00:36.

On Sunday March 26, the final race in the Tees Trail 5k winter series took place at Ropner Park, on a glorious day.

Series prizes were awarded to John Burnside for 1st over 60 male and Dave Blewitt for 3rd over 50 male.

On Sunday April 9, 18 members turned out for the Hartlepool Marina 5 mile race. A flat fast course running 2.5 miles to the end of the promenade and 2.5 miles back.