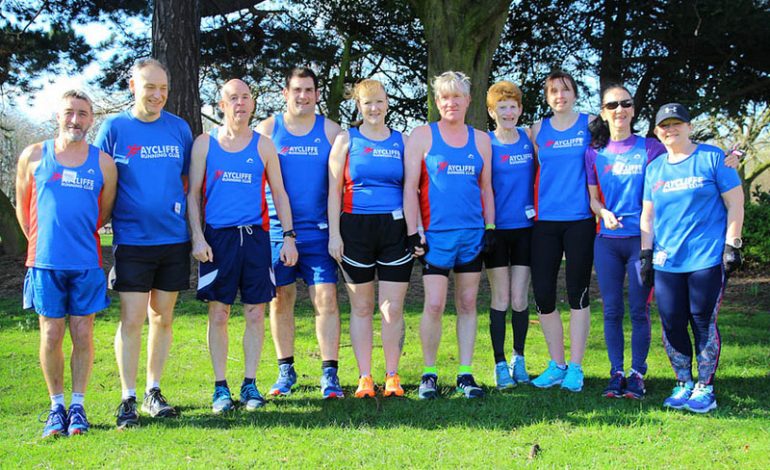 The focus in this weekend’s racing was the Dishforth Dash 10k and Ropner Park.

Dishforth Dash was in its second year and takes place on the unused Airfield at RAF DIshforth which means it is almost completely flat and a great venue for PB potential.

It was a good turn out from the Club for this race (pictured below) and although dry there was strong wind which felt worse for being on an open airfield. That didn’t stop the runners however with most securing PB’s or bettering previous times on that course. 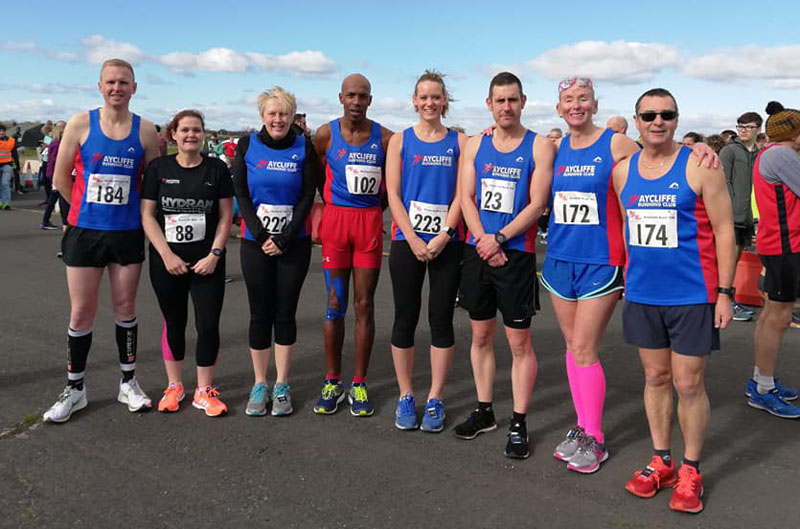 We also had two runners competing in longer distance races further down the Country. Richard Tonge took part in the Ashby 20mile race (near Leicester). Richard was very happy with him time of 3:52:42. In Kent, Simon Matthew Turner completed the Leeds Castle Ultra 22 mile race in 3:50.48.

As always we also had people take part in the local parkruns on Saturday. There were two PB’s both achieved at Shildon by Husband and Wife, Tracey and Cliff Pickering. Tracey achieved a PB of 31.03 and Cliff 34.05. 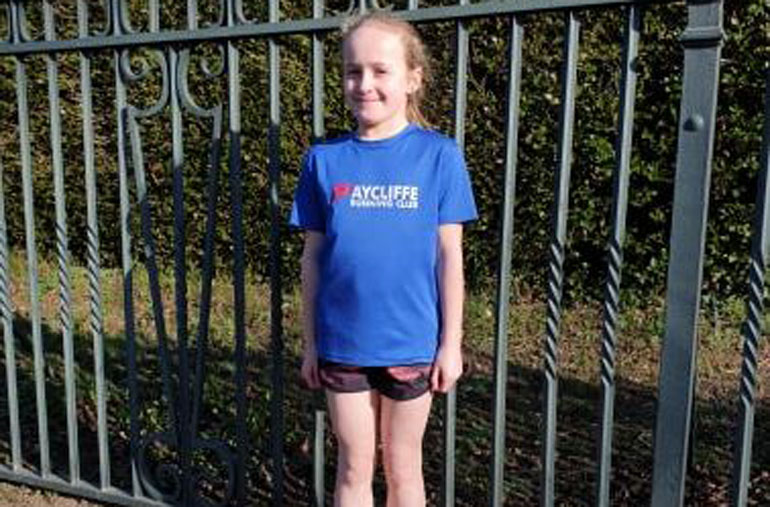 With the end of the cross country season, the Junior running is now focused on Junior Parkrun and some local ‘fun runs’. This weekend saw Felicity Lineton continue her good form and run a 35 second PB at Darlington’s Parkrun with a time of 9.40 for 2 kilometres. She placed 20th of 108 runners and was 7th girl home. The Aycliffe Junior Section train on Tuesday evenings at the Oakleaf Sports Complex.