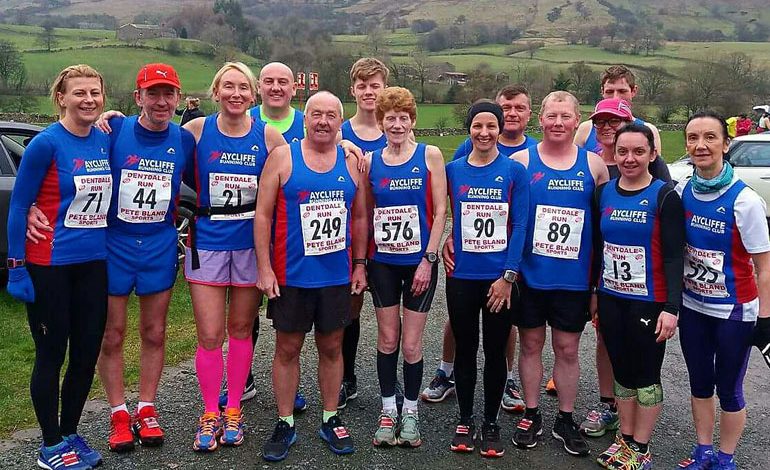 This year there was a choice of two distances 7.9 miles and 14.1 miles. They both followed the same route but the shorter course cut off back into the village just past the half way point.

It is an undulating, uphill and down dale, scenic road race in and around Dentdale. The course is very challenging and finishes up hill on cobbled streets.

There were different events taking place and Donna participated in the 10k, whilst Richard took part in the Half Marathon.

It was nice running conditions on a relatively flat course along the canal tow path. It was Donna’s first 10k and she completed it in 1.04.16. Richard managed a half marathon personal best, completing the course in 1.26.23.

On Sunday March 19, two club runners competed in the Northumberland Half marathon. The undulating course weaves around the countryside, starting and finishing at Kirkley Hall in Ponteland.

It was a very wet and windy course. Martha Mcbarron was first home for the club in 1.44.22 and placed first in her category of female over 55. It was Shelley McCormack’s first race back since having her baby last year and she completed the course in a steady 02.05.12.