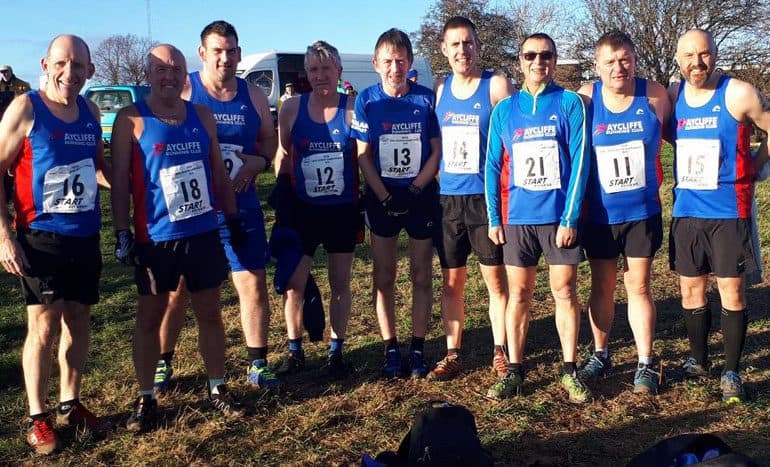 The focus for last week’s racing was the North East Cross Country Championships which took place at Wrekenton on a cold and very windy day.

There was a good turn out from the club despite the conditions and which meant that our Team Tent had to be taken down to prevent it blowing away.

The race was held on a course previously run this season in the NEHL. However to make it different it was to be run the opposite way round. It is usually a very undulating course but this way round meant that the racers had to climb what is usually the steep downhill section and for the men covering 12k this meant ascending the hill four times.

Next was the turn of the two ladies who managed to finish their 5 mile course just before the weather changed!

First home was Susan Milburn in 44.33 and who came 2nd in her age category. She was followed by Melanie Rowland in 52.40.

The following day Julie Nisbet took on the challenge of the Hardmoors Roseberry Topping Half Marathon which took her up the top of Roseberry Topping twice. Julie appears to enjoy these challenging races and she completed this one in 3.37.38.

Anyone interested in joining the club can simply turn up at one of our sessions or contact us via our Facebook Page. All sessions meet at the Oakleaf in Newton Aycliffe. On a Monday we have a beginners session, Tuesday is a main club session, Wednesday is a recovery run of approximately five miles and Thursday is a track session at Shildon Track. Any changes to sessions over the Christmas period will be notified via Facebook.