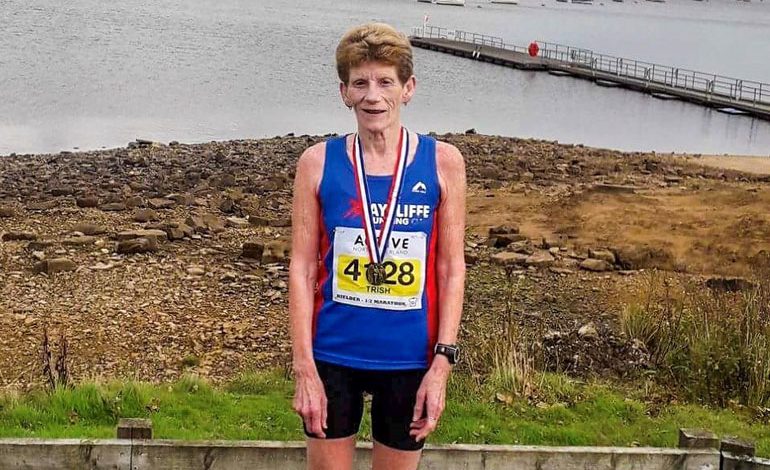 The runners of ARC were again out racing although it was a slightly quieter weekend.

As always many members joined in the local parkruns on Saturday. This week two members achieved PB’s both at Sedgefield. Simon Turner in a time of 23.03 and Melanie Rowland in 29.00.

Also on Saturday Richard Tonge took part in the Kielder 10k. He completed this in 1.00.22.

On Sunday three of our men travelled to Druridge Bay for the second fixture in the Harrier League Cross Country. Andy Talbot was first home for the club in 42.03, followed by Richard Holland in 42.47 and David Stothard in 53.40.

Back over at Kielder, Trish Kay took part in the Kielder Half Marathon which is described as Britains most beautiful half marathon.

The undulating route beings near Kielder Dam taking runners over the Dam and headed to the forest on the North Shore for approx. 3 miles before crossing back over the Dam to join the Lakeside Way.

The race finishes at Kielder Waterside Park. Although describing this race as a challenging course with lovely scenery Trish also says that it is one of her favourite races and she completed this in 1.54.08.

Also on Sunday Paul Dalton travelled to Cardiff where he took place in the Cardiff Half Marathon (albeit running for his first claim club). Paul completed this in 1.25.51.

Last but not least, Judith Porter travelled all the way to America to take part in the Chicago Marathon. Judith completed the marathon in 4.46.30.