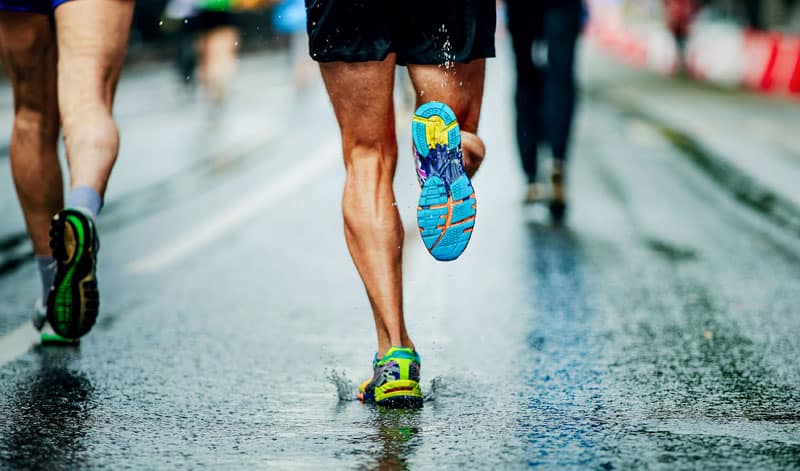 Several members took part in the Darlington Trail Series run 4 with this being a 5k run around West Park at the end of June.

The results were not available for last week’s report but have now been released.

On Tuesday July 5, five members took part in the Bridges of the Tyne 5 mile road race. First back for the club was John Surtees in a time of 28:55. Second back was John Firby in a time of 29:33. He was closely followed by Paul Dalton, and Gareth Kyle who both finished with a time of 29:48 which was also a personal best for Gareth over this distance. Tracey Surtees was 3rd in the Female over 35 category, finishing in a time of 33:08.

On Wednesday July 6, one member took part in the North East Fell Running Championships race 4 at Commondale Beacon. The race was a 12.5km race with a climb of 325 metres. Shaun Dodd competed for the club coming home in a time of 1:15:12.

Saturday morning was a very busy one for members with a total of 28 members beginning their weekend with a Parkrun. The club was represented at the Albert (Middlesbrough), Sedgefield, Darlington South Park, Hackworth, Ohio and Erie Canal Reservation and North Yorkshire Water Park events.

Three runners took park at Albert Park for the first time with Jayne Rudd finishing in a time of 26:12 in what was a new Personal Best for a Parkrun. Richard Tonge completed the event in a time of 30:15, closely followed by Kathleen Tonge in a time of 30:51.

At Sedgefield, David Stothard completed his 300th ever parkrun which is an amazing achievement finishing in a time of 26:38.

At Hackworth, Stuart Joyce continued his impressive form finishing second in a time of 21:40. At Ohio and Erie Canal Reservation, Paul Rands came second, finishing in a time of 23:49.

If you feel inspired to start running or want to run with like-minded people, our sessions cater for people of all abilities.

Every Monday we have a Beginner’s Run that starts at 6:30pm at the Oakleaf Sports Complex at School Aycliffe Lane.

It is a steady run that can be used if you are a beginner, returning from injury or just looking for a social run with like-minded people. It is a very welcoming session and perfect for anyone starting out.

Every Tuesday we have the main outdoor running session which starts at 7pm.

Usually, we meet at the Sports Complex but there are occasions where we meet somewhere else depending on where the session takes place.

These sessions ae usually interval sessions over various distances and will focus on strength, speed and stamina and is aimed to replicate how you would run in a race. We do this in 3 groups so that the session can fit around people of all abilities.

There are other sessions that some members will organise and Wednesdays there will be some social runs which can be used as a recovery run and it’s also a good opportunity to have a chat with someone as you run.

Those sessions usually start at 6:30pm at the Oakleaf Sports Complex but check out our Facebook page before attending any of the sessions to make sure they are still taking place.

If you have any queries about the activities of Aycliffe Running Club, or are interested in joining the Club, please visit our website www.ayclifferunningclub.org.uk, or contact the club’s secretary, Donna, at [email protected]