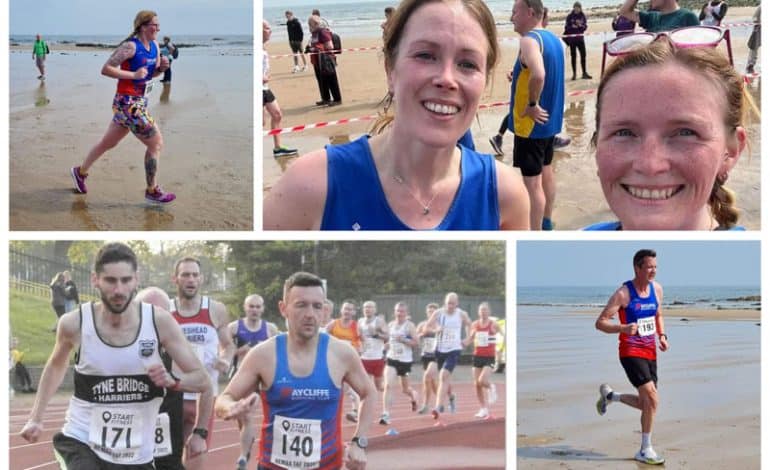 At Cotsford Fields parkrun, Clare Stradling ran a Personal Best (PB) for the event (25:30), while at Sedgefield parkrun, Craig Robinson recorded a new best time for that course, finishing in 27:49.

On Sunday, three members took on the Sunderland Stroller’s Pier 2 Pier race, which is one of the most scenic runs in the North-East along the coastline from South Shields to Sunderland following the coastal paths.

First home for the club was Rob Young, who finished the seven-mile run in 48:44.

Two members headed to Durham to take on the Trail Outlaws’ Durham Trail 10 Mile Race, which started at Maiden Castle.

Paul Dalton finished the tough, undulating race in 1:11.39, which saw him finish third overall, and first in his age category (M40).

Richard Campbell completed the race in 1:18.23, finishing third in his age category (M40).

Shaun Dodd took on the Fox and Hounds Fell Race, hosted by Esk Valley Fell Club. Unfortunately, the results were not available at the time of going to print, so we will revisit the outcome of this race next week.