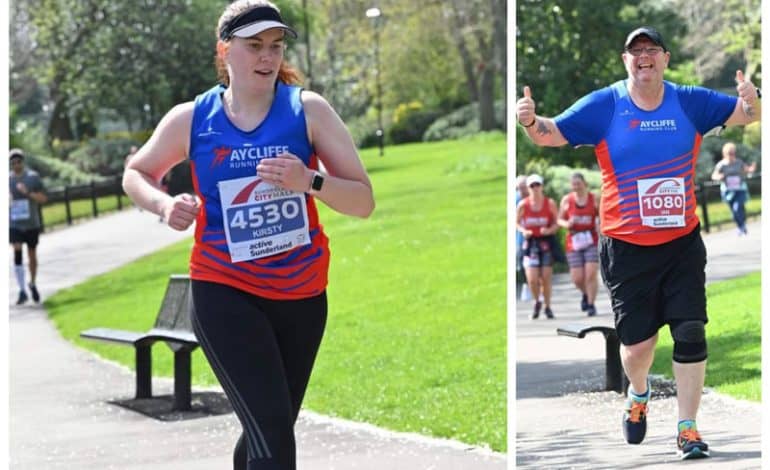 As is often the case, many members started their weekend with a parkrun on Saturday morning, and we saw the club represented at the Darlington South Park, Hackworth, Jubilee, Sedgefield, South Shields, Town Moor and York events.

At Darlington South Park parkrun, Shelley McCormack celebrated her 50th parkrun by running a Personal Best (PB) for the event (26:25).

At Hackworth parkrun, Gareth Kyle registered a new best time for that course, finishing in 18:23, while at Sedgefield parkrun, Sandrine Hewitt was also setting a new PB of 29:08.

The meeting was hosted by Middlesbrough AC (Mandale) and offered the opportunity to race over a range of distances.

Sunday morning saw the remaining Sunderland City Races, with members taking part in both the 10K race and the Half Marathon.

Preferring the option of an off-road run, and the lure of a free slice of pizza, two members headed to the Pizza 8K Trail Race, which took place in Errington Woods, Marske, and was hosted by Muddy Roads.

Paul Dalton was first home for the club, and finished in first place overall, completing the undulating race in 31:26.

Clare Stradling had a strong run, improving on her time from last year, finishing in 45:49.