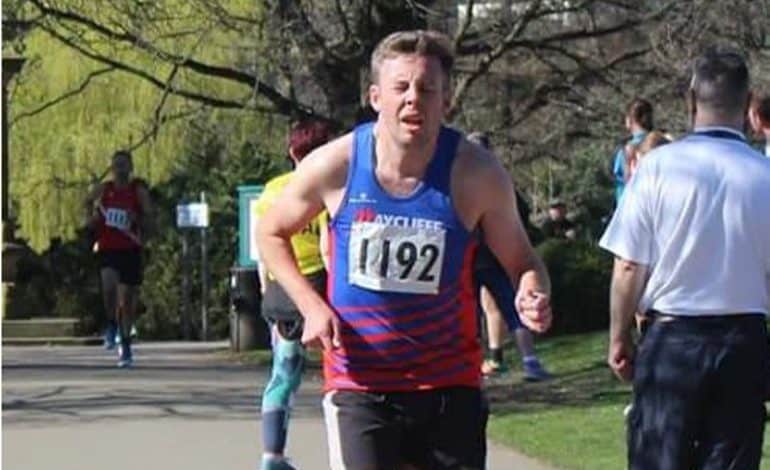 Thirty members started their weekend with a parkrun this week, with the Club being represented at parkrun events at Ford, Hackworth, Hartlepool, Riverside, Sedgefield, Trelai Park, Town Moor and Windy Nook.

At Sedgefield parkrun, Martin Turnbull started the weekend with a Personal Best (PB) for the event, crossing the line in 20:37, whilst at Ford parkrun, club chair Anne Kellett was completing her 50th parkrun.

Elsewhere on Saturday, two members participated in the Coniston 14, which has been described as probably the most beautiful road race in Britain and has a reputation for being one of the best organised small races in the country.

The race is organised by an enthusiastic committee of volunteers from Coniston village and takes in the perimeter of Coniston Water. Trevor Dixon completed the undulating race in 1:30:09, with Bev Phillippo finishing the fourteen-mile route in 2:36:54.

On Sunday morning two members lined up in the Cardiff Half Marathon, one of the most popular Half Marathons in the road racing calendar.

Starting outside Cardiff Castle, the race passes Ninian Park, the Principality Stadium and Cardiff Bay, before taking runners back through the city centre to complete a loop of Roath Park. Paul Dalton completed the race in 1:28:39, with Clare Straling crossing the line in 2:16:48.

Later that morning, David and Ian Stothard participated in the Spring Canal Canter 2022 in Leeds.

The event, hosted by ‘It’s Grim Up North’, featured a number of races over various distances. David took on the 10K race, finishing in 56:18, whilst Ian plumped for the 5K option, completing his race in 32:06, finishing in Second Place in the Men’s Race.

Sunday also saw the closing event in the NYSD XC season, with the traditional NYSD Road Relays held around South Park in Darlington. Each leg measured two miles and involved runners taking on two laps of one mile in length.