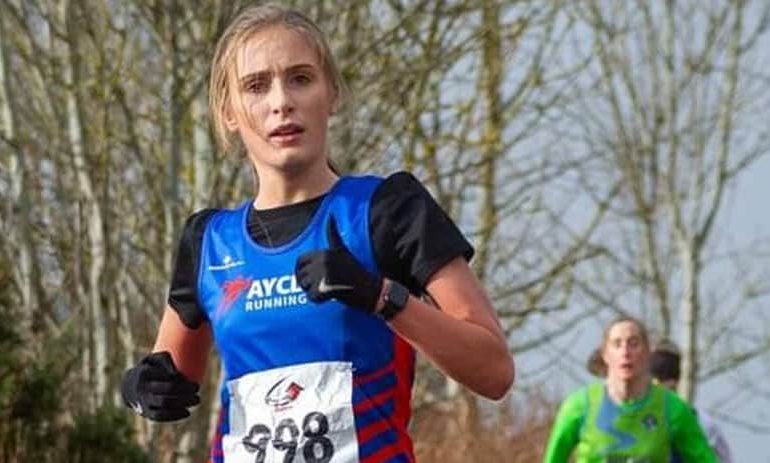 We start this week with a very different parkrun round up, as members of Aycliffe Running Club performed a ‘takeover’ of Sedgefield parkrun on Saturday, February 5.

Members of the Club took on virtually all the volunteer roles on Saturday, including Run Director, Timekeepers, Barcode Scanners, Marshals, Pacers and Course Checker, giving something back to an event that so many members and local runners enjoy.

Plans are underway to perform a similar ‘takeover’ of Hackworth parkrun on Saturday, March 12.

Away from Sedgefield, the club also had members running at the Chevin Forest, Darlington South Park and Jubilee parkrun events.

Elsewhere on Saturday morning, Alan Wilks was taking part in the North-East Masters Athletics Association’s (NEMAA) Open Cross-Country Championships at a wet and windy Rising Sun Sports Ground in Wallsend. Alan competed in the Men’s Over 70’s race, completing the 3.5 miles course in 30:46.

On Sunday, February 6, several Members headed to West Yorkshire to participate in the Dewsbury 10K.

The race takes place on a fast out and back course and traditionally attracts a strong field, however the race was dogged by wet and windy conditions this year.

First home for the Club was John Surtees, who crossed the line in 34:47. John was closely followed by John Firby, who finished in 35:13, which represented a new Personal Best (PB) for the distance for John.

Dez Fielden established a new club record for the distance in the M50-54 Age Category, completing the race in 36:07. Gareth Kyle continued the improvement he has made over recent months, finishing in 37:22 (PB). Richard Campbell had a strong run, despite the conditions, crossing the line in 38:12.

Tracey Surtees was the sole female runner from the club, and put in a excellent performance, completing the race in 39:46, and Stuart Joyce was not far behind, finishing in 41:18.

The latest NYSD XC fixture took place at the Old Racecourse in Richmond on Sunday afternoon.

In the Men’s Over 70’s race, Kevin Greenall completed the 5K route in 34:05, which was good enough for third place on the day.

In the Women’s race, which also took place over the 5K distance, Lauryn Hellewell (pictured above) was first across the line for the club, finishing in 25:44.

Lorraine Sweeney completed the race in 28:17, and was followed home by Melanie Rowland in 30:51.

Kelly Dickinson was our next finisher (31:31), with Samantha Harding completing her first race for the club in 31:54.

In the Men’s race, which was scheduled to take place over 9.5K, however was shortened to approximately 7K due to worsening conditions, Martin Turnbull was first home for the club, finishing in 34:50. Dave Blewitt completed the race in 36:40, with Martyn Knox next across the line in 38:12.

Peter Jarps was closing in on Martyn, finishing in 38:36, and Shaun Dodd wasn’t too far behind in 38:44. David Stothard was our final runner home, completing the race in 47:34.

If you have any queries about the activities of Aycliffe Running Club, or are interested in joining the club, please visit our website www.ayclifferunningclub.org.uk, or contact the club’s secretary, Donna, at [email protected]