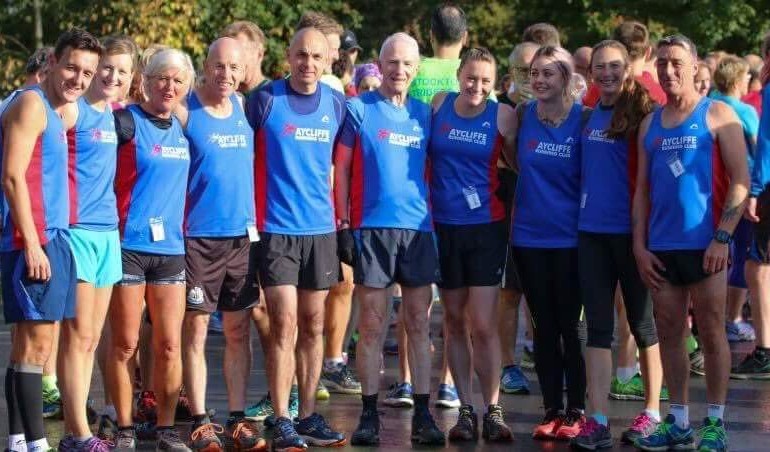 Judith Porter participated in the Round Ripon on the 1 October. It’s 35m trail run that runners have to navigate. Judith completed the course in 8hr 57min. It is a great event for anyone fancying trying an ultra marathon. They give out snacks and fabulous cake at four check points.

On the 2 October three Aycliffe runners turned out for Kielder Marathon. John Heywood completed the course in 4:48:58. Next came Julie Nisbet with a course PB of 4:50:38. She was followed by Craig Robinson in 5:34:05. They’re all pictured at Kielder above.

Club runners also turned out for the first Tees Trail Winter 5k, which took place on Sunday 9 October at Preston Park. After a heavy shower the sun got out and it remained dry for the race itself.