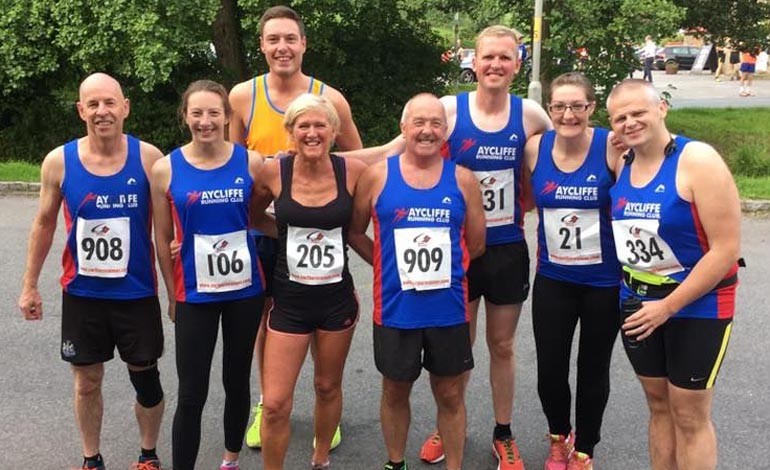 Conditions were ideal for running. The outstanding performances came from John Surtees, who was first home for the club in a time of in 17:23, placing him third overall and Tracey Surtees who was fourth female overall in a time of 20:12.

After the first mile it’s a vertical climb to get to the top of the moor, the incline is so steep that you can’t run and you instead clamber up on your hands and knees.

Once at the top the course then takes you through heather and onto trails, then onto a hellish descend for a mile. Conditions were perfect for runners.

Alan Wilks took part in the recent North East Masters track and field champs at Monkton stadium. He was placed first in his category of over 65 in the 1500m, completing the race in 5.58. He came first in his category in the 800m, completing the course in 3.09. He also participated in the 3000m, and was well in the lead, and looking like a hat trick. Unfortunately he stopped a lap short thinking he had completed the race, only to realise there was one lap remaining, so he had to re-join the pack at the end, meaning he came in last position.

The Lambton 10K was held on Sunday 26th June. The race is set in the beautiful grounds of the private Lambton Estate surrounding Lambton Castle.

It is an undulating mixed terrain route which includes woodland paths, tarmac lanes and some grass sections. There is also a tough grassy ascent at approximately 8.5K. The ground was muddy and slippery in places but weather was good for running.