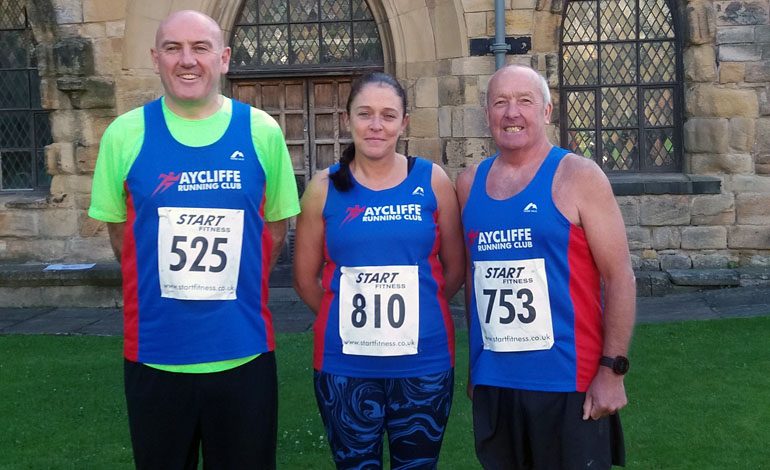 At approximately 5K the runners turn and head back along the riverside and up the hill now named ‘The Slog On The Tyne’ to finish on the track inside Gateshead Stadium.

Three Aycliffe club runners (pictured above) enjoyed a fantastic morning out at Hexham the July 16, participating in a very hilly and sunny half marathon. Ste Suthrran was first home for the club in 1.34.48, followed by Rob Nicholson in 1.56.34 and Lisa Dowell at 2.16.08.