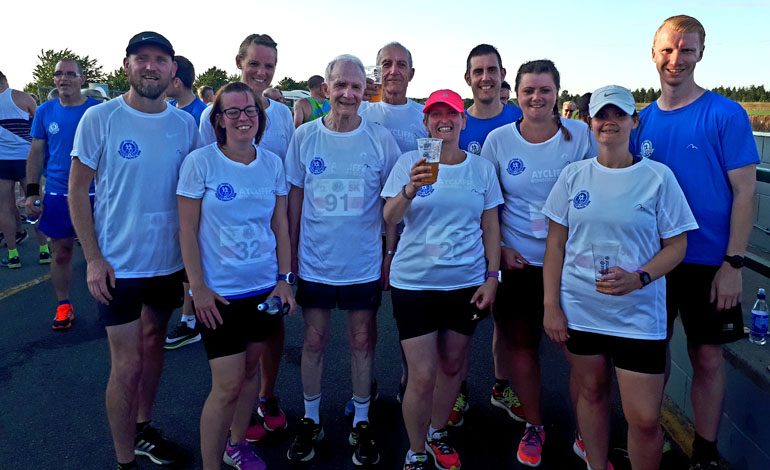 The first race of this week took place on Wednesday night when several members attended the Pitstop Festival hosted by Darlington Harriers.

It was yet another extremely hot night especially for a race run on tarmac. This event takes place on the actual race course at Croft.

In previous years, this night has comprised a 10k, wheelchair and 2k fun run. However, this year a 5k was added to the programme.

The 10k consisted of three laps of the course with the 5k covering 1.5 laps. Both races started at the same time but in different points on the course.

The next event was the weekend parkruns. Two members obtained PB’s this week both at Shildon Parkrun – these were Mark Bainbridge in 23.30 and Sam Baronowski in 33.45.

On Sunday members travelled to North Yorkshire to take on the Burn Valley Half Marathon. This is an extremely hilly route around Masham and was also yet another race run in the hot sun. Dave Blewitt was first home for ARC in 1.38.14, followed by Ian Baronowski in 2.26.37. Paul Dalton also took part in this race (again running as a Quakers member) and he finished the course in 1.38.14.

Finally, another second claim member, Michael Lloyd (running for Crook) took part in the Bottoms Up 5k in Washington. He completed this race in 24.06.

Well done all. Keep up the good running.