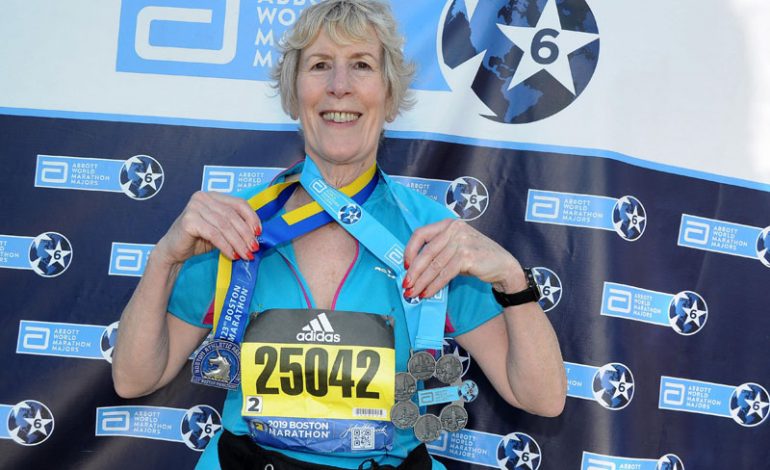 It was again another week where the club was represented internationally as well as locally.

On Monday (April 15) Judith Porter (pictured above) took part in the Boston Marathon. Judith had qualified for this race by achieving a good for age time in the Berlin Marathon.

This race was the last in a series of six marathons that she has undertaken around the world and completion would win her the Abbott World Marathon Majors Series Medal. The other marathons are New York, Berlin, London, Tokyo and Chicago.

To date approximately 5,400 people around the world have completed all six marathons.

Unfortunately the training didn’t go well for Judith and the weather forecast was very poor. However, the weather picked up and despite the difficulty with training she completed the marathon in 5 hours 38 mins and 55 seconds.

This was also Judith’s 10th marathon in total and at the age of 65 she is now planning to retire from marathons and stick with just half marathons or less for the future.

On Good Friday there was small turn out from the club for the Mermaid 10k which takes place along the coast at Marske. 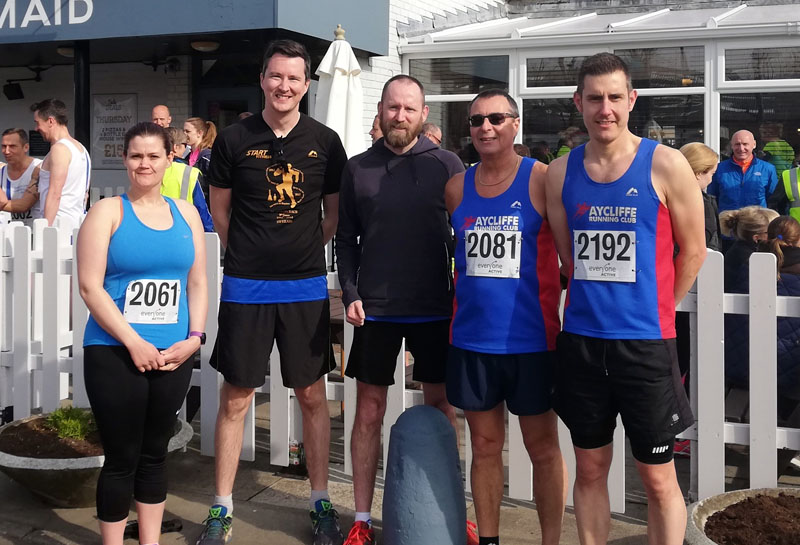 Also on Friday Mark Wade took part in the Newtown Chocoholics 5k where he was 7th overall and 1st vet 35 in a time of 17.40.

On Saturday two members achieved PB’s at respective parkruns. At Shildon Parkrun, John Young achieved a PB of 26.53 and over at Sedgefield Mark Wade achieved 17.38