Newton Aycliffe is set for a £875,000 windfall after Durham County Council approved a 175-home development in the town.

Councillors voted unanimously in favour of plans to build two, three and four-bedroom properties in an exciting scheme which will see cash thrown back into the local economy.

As part of the plans, the council has ring-fenced £500,000 from the sale of the land to developers Keepmoat Homes to plough into additional affordable housing in Aycliffe.

On top of that, £375,000 of council cash will be invested in environmental works, maintaining a local nature reserve which will start in January 2014.

The site, known as Site ‘O’ at Cobblers Hall, will accommodate 334 parking spaces and will also include a Sustainable Urban Drainage Scheme (SUDS), which will attenuate local run-off flooding.

John Clare, Councillor for the Woodham ward in Newton Aycliffe, which takes in the land, says the plans are “eye-bogglingly good” for the town.

“This is absolutely fantastic news for Newton Aycliffe – I can’t say it enough,” he said.

“To say Aycliffe has done well out of this would be an understatement. A housing development of any kind will bring a major economic boost to any town, but we’ve got close to £1m of investment thrown in for good measure.

“The council should be applauded for this innovative way of re-investing into something that will have obvious long-term benefits.” 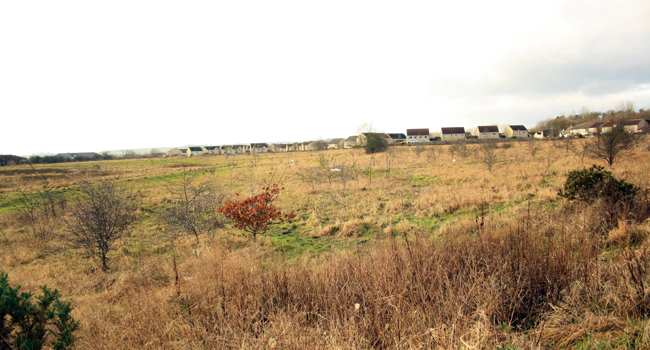 Keepmoat wants to complete the last phase of the Cobblers development in Aycliffe after submitting renewed plans to the council, which were unanimously backed by the planning committee on Thursday.

The plans, initially for 182 homes, were originally submitted in January 2012 but delays led to them being withdrawn.

The application said Newton Aycliffe has been the focus for extensive residential growth within County Durham since its original designation as a New Town in 1947.

In 2000, the town’s population was in the order of 27,000 persons and continued to be the focus for significant residential growth.

“The Cobblers Hall area has been the primary focus for residential growth within the town since the site was originally allocated and subject to a Development Brief in 1992,” said the report.

“The Cobblers Hall area is now approaching completion, with Site O representing the final phase, and will provide a total of circa 800 residential dwellings once completed.”

The proposed development will include 10 per cent of the properties to be fitted with a source of sustainable passive energy, which is likely to comprise roof-mounted solar panels.