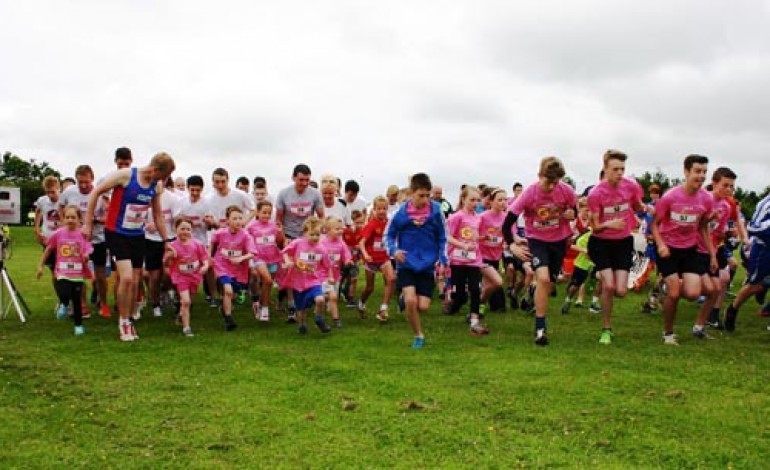 Around 300 people will take part in a Fun Run at Greenfield Community College this Sunday (21st June) and become part of the biggest children’s running campaign in the world.

INEOS GO Run For Fun, a global campaign aimed at encouraging young people to live a more active life, is lending its support to a 3k fun run in Newton Aycliffe.

Held in partnership with Aycliffe Running Club and supported by sponsors 3M UK Plc, INEOS and Great Aycliffe Town Council, the fun run is part of the annual Aycliffe 10k.

Mick Beadle, coach at Aycliffe RC and training and process technologist at INEOS Chlorovinyls, said: “We’re delighted to have the support of GO Run For this weekend.

“For new runners, a 10k race can be quite daunting so the fun run provides an opportunity for anyone to get involved and experience the atmosphere and enjoyment of taking part in a group run.

“The GO Run For Fun campaign is doing a great job of encouraging young people to get active and we hope plenty of kids and families are inspired to join in.”

The run takes place in Country Durham at a time when childhood obesity is a rising concern across England.

Public Health England statistics suggest that 33.5% of children in England aged 10-11 are now overweight or obese – a figure which rises to 36.1% in County Durham.

The GO Run For Fun campaign, which aims to encourage kids to get off the couch, give the TV a rest and get active, is backed by a number of sporting heroes, including former 60m world hurdling champion Colin Jackson and paralympic champion Baroness Tanni Grey-Thompson.

The campaign has organised more than 160 events to date and has many more planned throughout the UK and Europe in the coming months. To date, it has encouraged more than 70,000 children to take part in its 1-2km fun runs, making it the biggest children’s running initiative in the world.

The GO Run For Fun series is the idea of Jim Ratcliffe, owner of INEOS, one of the UK’s largest manufacturing companies, who announced a £1.5m donation to establish a new charitable foundation to encourage children to run for fun.

“Events like GO Run For Fun are a great way to get children to keep fit and enjoy sport with their friends, in a fun and relaxed environment,” said Jim.

For more information and to enter your child for INEOS GO Run For Fun events happening near you, or to register your local club or school’s interest in joining our campaign, visit www.gorunforfun.com.