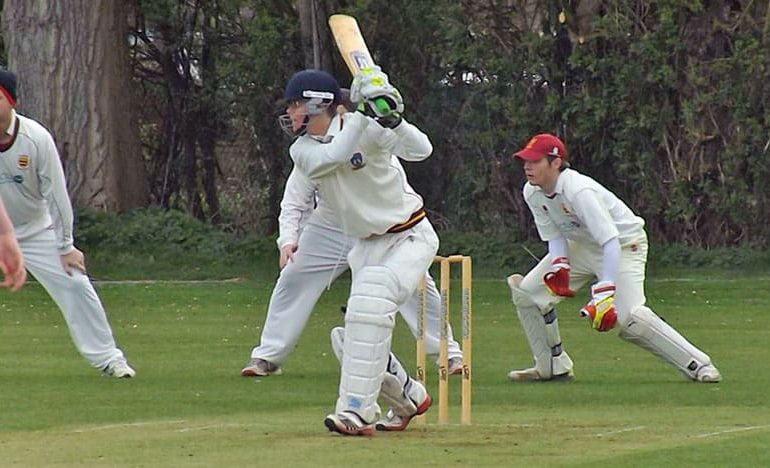 Aycliffe’s first team finished their season with an emphatic win at home to Bedale 1st XI by 111 runs and condemned the visitors to relegation from the NYSD 2nd division.
Sam Telford (sponsored by the Fairhurst Family, pictured above)) finished the season in superb fashion scoring 117 runs, his fifth century for Aycliffe and his eye catching innings was reached off just 86 balls faced and contained 14 boundaries and three sixes.
Opening bowler Michael Howe also deserves credit after taking five wickets for 52 runs from his ten over spell during the Bedale innings.
Aycliffe’s first team finished their season with the playing record that reads : Played 22, Won 5, Lost 9, Drew 4 and four games that were not played due to bad weather and Covid-19. The final points total was 238 and they finished in 7th place in the NYSD second division table.