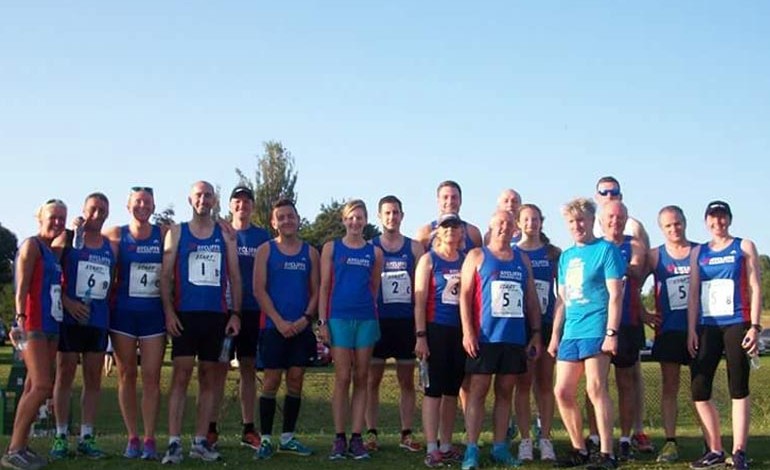 On Tuesday 19th July, 18 club runners turned out for the Crook relays (pictured above). They formed six teams of three.

Each team needed to include a veteran and a female runner. The course was 2.2 miles long, and included multi-terrain with a steep winding climb.

First team back for the club and 3rd overall was Tracey Surtees, Lee Wren and John Surtees in a time of 43.58. Next and placing 4th overall was Mark Wade, Michelle Zamir and Richard Campbell in 44.20. They were followed by Dave Blewitt, Peter Smith and Cyd Denise in 51.39; Rob Nicholson, Michelle Jane, and Dez Fielden in 51.58; Ste Smith, Rob Jayne and Angela Barrett in 52.32; and Alan Wilks, Trevor Needham and Penny Johnson in 52.51.

The race started in Sadler Street and runners had to negotiate the city’s cobbled streets, river banks and hills before the final hurdle of trying to sprint uphill to finish on Palace Green between the Cathedral and Castle.

A 5k and 10k race started simultaneously with one lap for the 5k race and two laps for the 10k race.

Although it had rained earlier in the day it was extremely warm on the undulating course. There was great support from marshals and spectators along the route.

On 23rd and 24th July a team of eight club runners entered The Continental Thunder Run.

This is a 24 hour endurance relay with over 3000 runners taking part. It is a really tough 10k, hilly cross country course snaking through the grounds of Catton Hall in Derbyshire. Each team will run as many laps of the course as they possibly can in the 24 hour period.

Aycliffe runners included team captains Lee Wren and Dez Fielden, Ste Smith, Penny Johnson, Dave Blewitt and Dean Barclay, who have all completed 3 Thunder Runs. Also in the team were Michelle Scott and Michelle Zamir who were running in Thunder Run for the first time. Each team member completed three runs each (30k each in total). Four members then went on to complete a fourth lap (40k in total) all within the 24 hour time limit. The team totalled 280km and place 27th out of 239 teams. 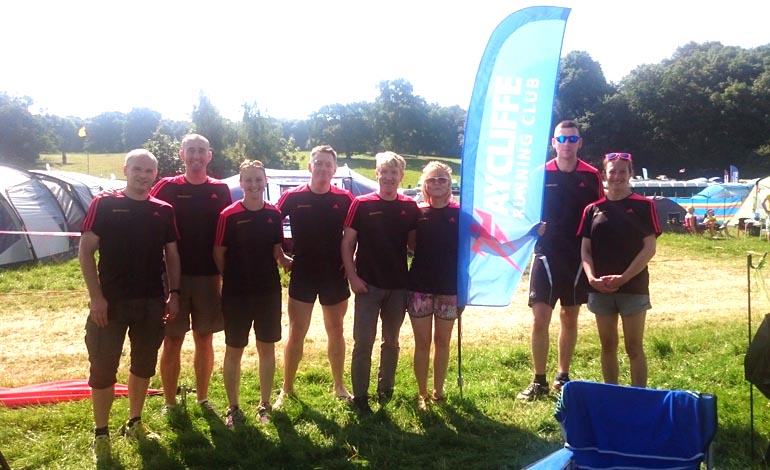