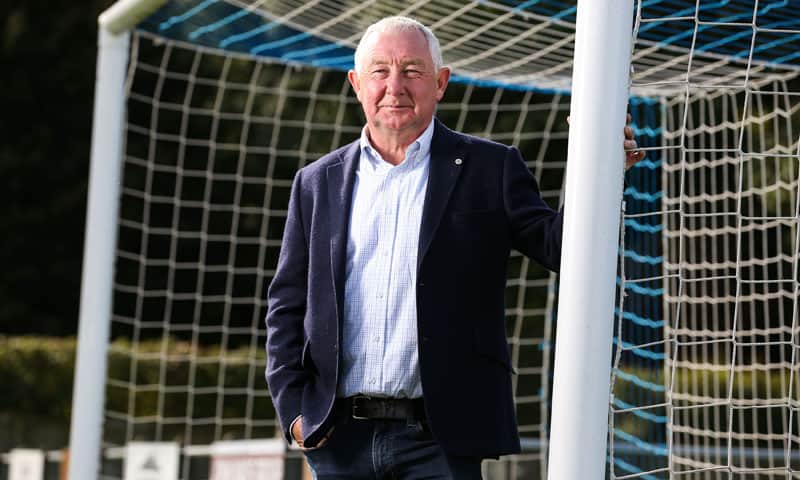 In what has been the most difficult of years both on and off the pitch, Oliver was keen to acknowledge the contributions and sacrifices made by all for the football club throughout this testing period.

Aycliffe played just 12 fixtures in first three months of the year before the coronavirus pandemic meant the 2019-20 Ebac Northern League Division One campaign was to be declared null and void, and have managed just 16 games across all competitions so far this season during September and October before the league’s suspension.

Following the government’s updated national tier system on December 16, and the implications brought about with them, it was decided by clubs across both Northern League divisions that play be continued to be suspended throughout the Christmas period.

A review of the circumstances is to be considered early in the New Year but with no guaranteed return date for Northern League fixtures Oliver wanted to reach out and offer his thanks.

Oliver’s statement read: “It goes without saying just what a difficult year this has been for us all. I think I speak on behalf of everybody when I say we will be glad to see the back of 2020.

“It’s been such a shame that we have not been able to continue playing football. Despite these uncertain times, being able to attend the match is something that we’ve all been able to look forward to and use as an escape, so to not have that for such a long period of time this year has been hard.

“Nobody knew just quite how serious this virus would be and as a result of that players and supporters safety must become paramount in this situation.

“We would all love to get back going again, and fingers crossed in the not too distant future we can do so once more.

“I think when you look at the games we have played this year you would have to say we’ve had a good year on the pitch.

“We were on course for our highest ever finish last season in fifth before it was cut short, and the lads have made a really good start to the new season in September.

“It’s great to see us holding our own at the top end of the table and doing so by playing good football as well. We’ve had some fantastic results, particularly away, against the likes of Thornaby, Northallerton and West Auckland Town and we’re all just excited to see how far we could go this season.

“It’s a huge credit to Colin and his staff; Mark, Scott and Tony for their tireless efforts on the training ground and on a match day. They all put a so much work into the club both on the field and behind the scenes that sometimes goes unnoticed and they deserve great recognition for improving our reputation as a football club on and off the pitch.

“The players, too, have done a fantastic job and I’d like to thank them for their efforts this year. It’s not been easy for them to play and train in these circumstances but they have gotten on with it the best they can, following the guidelines put in place, and have continued to improve the club on the pitch with their performances and results. They’ve all bought into the management’s methods and it’s giving us some really good football to watch.

“None of this would be possible of course without all of our sponsors, volunteers or supporters. Despite this being such a difficult year financially we have continued to receive outstanding backing from our sponsors, in particular from Alex Lineton at Beaumont Landscapes whom we reached a fantastic partnership with regards the naming of our ground recently.

“The work Alex and Beaumont have done on our pitch has been excellent and has meant we’ve been able to get the games in that we have on a much better playing surface than in recent years which is key to playing good football for the lads as well.

“I’d also like to thank John Elliott at Ebac who has been absolutely brilliant with us and continues to provide substantial support. Dan Richmond at BedSOS and Martin Walker at Mantis Media have been superb and I’d like to thank them for their continued support during these times. I cannot stress how much it is appreciated and needed for our football club to continue and we really do value the continued backing from all of our sponsors.

“Finally, I would like to thank all of our volunteers and the supporters. It’s not been easy but despite the restrictions placed upon us you have continued to show your backing and hard work for your local town and football team and again without you there wouldn’t be a football club for us all.

“I’ve always said ‘What better way is there to spend £6?’ and you have shown that this season during our home games.

“I just hope that we can get through this and get back to normal in 2021 where we are able to welcome you all back and look to bring in more fans along the way because we could really do with the support and the town and the team deserves good support.

“Fingers crossed for a return to action and a better 2021 for us all.”