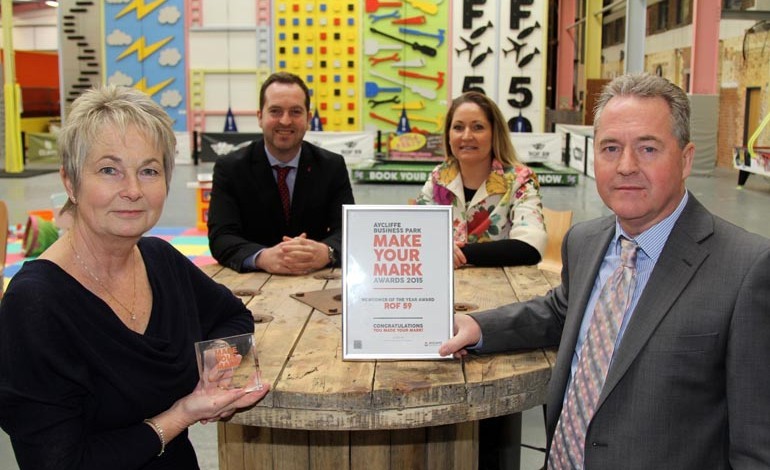 An award-winning family entertainment venue is set to bring a range of exciting new outdoor activities to its Newton Aycliffe site including a 180-metre zip line and 38-metre high bungee tower.

ROF 59 activity centre has applied to Durham County Council for permission to install the new facility at the rear of its existing building on Aycliffe Business Park.

The proposed new development will include a 38-metre tall bungee tower, which will be connected to another tower by two zip lines which will enable thrill-seekers to glide 180 metres across a stretch of land between Cumbie Way and Beaumont Way on to landing zones.

The venture, yet to be discussed by Durham County councillors, could create up to 12 new jobs and would open in the summer if approved.

As well as the zip lines and bungee tower, ROF 59 also hopes to include an outdoor army-style assault course and “tough mudder” type exercise area as part of the new development.

ROF 59, which was named Newcomer of the Year at Aycliffe Business Park’s Make Your Mark awards last week, has already seen footfall double in recent months.

And local businessman John Finley – pictured (above, right) with wife Valerie (left), Julie and Gary Finley – says the latest addition to ROF 59 will be another first for Newton Aycliffe.

He said: “We’ve always wanted to bring unique attractions to Aycliffe, so we’ve been mindful and respectful to other venues in the area, to not just copy what other people do.

“When we first had the idea of a trampoline park, the nearest type of thing to us that I knew of were in Castleford and Edinburgh. I knew they were going to be a big thing and, sure enough, we’re now seeing them crop up in various areas of the region.

“It was a first for Newton Aycliffe and we’ve seen footfall at ROF 59 gradually increase over the last few months, and it has now doubled.

“We want to bring a truly unique, all-round family experience to the people of Aycliffe and surrounding areas. The bounce, climb and relax elements of ROF 59 already do that, but these new attractions will bring something completely different.

“ROF 59 winning Newcomer of the Year at the Make Your Mark business awards last week was testament to a lot of hard work by our great team, and shows that the venture has really captured the imagination of local people.”

The 70,000 sq ft centre, which created 30 new jobs when it opened last August, now includes the Blitz restaurant as well as the Bunker bar/lounge, a huge park of 75 trampolines and a series of adventure climbing walls for climbers of all abilities – including Rock Antics, which has one of the biggest walls in the country, standing at 20 metres tall.