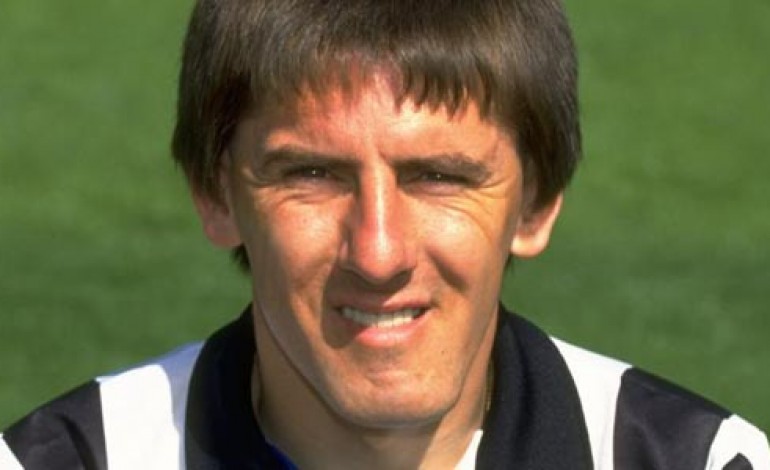 There are few more revered footballers on Tyneside than Peter Beardsley. The Geordie-born attacker had two immensely successful spells at St. James’ Park, endearing himself to two different generations of the Toon Army.

The 51-year-old was also a hit on Merseyside, playing for both Liverpool and Everton. Beardsley won two league titles, one FA Cup and made over 50 appearances for England, including a World Cup semi-final in 1990.

But the man from Longbenton, Newcastle made his name the hard way. He was unsuccessful in a trial at Newcastle as a youngster, after coming through the famous Wallsend Boys academy which has produced the likes of Steve Bruce, Michael Carrick and Alan Shearer.

Trials at Gillingham, Cambridge United, Burnley and Oxford failed to spark a professional career either. But former Newcastle captain Bobby Moncur had seen enough to take him to Carlisle United in the old Division Three in 1979.

Beardsley spent three years at Brunton Park, making over 100-appearances and scoring 29-goals. But instead of a move higher up the Football League, Beardsley headed ‘over the pond’ and joined Canadian side Vancouver Whitecaps.

Then 21, Beardsley scored 20 goals in 48 appearances for the Whitecaps, before making a £300k move back to England to link up with Ron Atkinson at Manchester United. Beardsley would only make one appearance for the Red Devils – in a 2-0 victory over Bournemouth in the League Cup – before disappearing back off to Vancouver.

At the age of 22, Beardsley was playing for Vancouver Whitecaps in the North American Soccer League. Playing for an English side seemed a long way off, never mind getting an international call-up. But all that changed in September 1983.

Boyhood club Newcastle came calling and flew him back to Tyneside. Beardsley was paired in attack with Kevin Keegan – a former European footballer of the year who had joined the Magpies to end his career – and the duo fired the club to promotion.

Beardsley spent just under four years at St. James’ Park in that first spell, making 164 appearances and scoring 61 goals. His form took him to the 1986 World Cup with Sir Bobby Robson’s England side.

In Mexico that summer, Beardsley scored the only English goal not to be scored by Gary Lineker as the Three Lions reached the quarter-finals before being knocked out by Maradonna’s Argentina.

With his reputation as one of the finest attackers in the English game, Beardsley left Tyneside for the banks of the river Mersey in 1987. The city of Liverpool was the major force in football at the time, with the Reds looking to regain the first division title from rivals Everton.

Beardsley was paired with John Aldridge as Liverpool won the title, but Wimbledon denied them a double with a shock victory in the FA Cup final at Wembley. Beardsley got his FA Cup winners medal the next year, as the Anfield-club beat Everton 3-2 after extra-time in an emotional victory following the Hillsborough disaster earlier in the season.

Once again, though, the double eluded Liverpool. Needing only to avoid a two-goal defeat at home to Arsenal in the last fixture of the season, Liverpool were trailing by a goal in stoppage-time, when Michael Thomas fired home a second to win the league for the Gunners. Liverpool regained the title in the 1989-90 season, but it was to be the last trophy of Beardsley’s career.

Italia 90 was a highlight for millions of football fans. Gazza’s tears, David Platt’s volley and Gary Lineker’s penalties all helped England to their best performance at the World Cup since 1966.

Beardsley was involved as England reached the semi-finals and faced Germany. After a 1-1 draw the match went to penalties. Beardsley took England’s second and was successful, but Stuart Pearce and fellow Geordie Chris Waddle missed as England were eliminated.

Beardsley had one year more at Anfield – the highlight of which was scoring a hat-trick in a 4-0 victory against Man United – before being sold across the city to Everton for £1million.

Two years at Everton brought 32 goals in 95 games, before he returned back home to join newly-promoted Newcastle. Former team-mate Kevin Keegan was now manager and the Magpies were a force in the Premier League.

Beardsley helped the club to third in the table in his first season, sharing 65 goals with strike-partner Andy Cole in all competitions. Cole’s departure the following season saw the club finish sixth.

But the 1995-96 season was much more successful for the club, with Beardsley captaining the side. Newcastle led the table by 12-points in February, but were passed by Man United and ended up in second.

The following year Beardsley and Newcastle were again topped by the Red Devils in the league, though the Magpies did gain a measure of revenge by beating United 5-0 at St. James’ Park.

Beardsley’s last goal for his home-town club came from the penalty spot in front of the Gallowgate End, as Newcastle thumped Coventry City 4-0 in May 1997. During his two spells at the club he amassed 325 appearances and scored 119 goals.

Life after St. James’ Park took him to Bolton Wanderers, Manchester City, Fulham and Hartlepool United. His spell at Maine Road made him the only player to have played for both clubs in Manchester and Liverpool.

Following the end of his career he took to coaching. His first appointment was as Howard Wilkinson’s assistant for the England team, as the FA looked for a replacement for Glenn Hoddle. He has had two spells as a coach at his beloved Newcastle, a spell which continues to this day.

Beardsley, nicknamed Pedro by his colleagues, brought entertainment and goals everywhere he went. He was a part of the most successful Newcastle United side of the modern era that came within four points of winning the English league title for the first time since 1927, and he will always be adored by the Toon Army faithful.