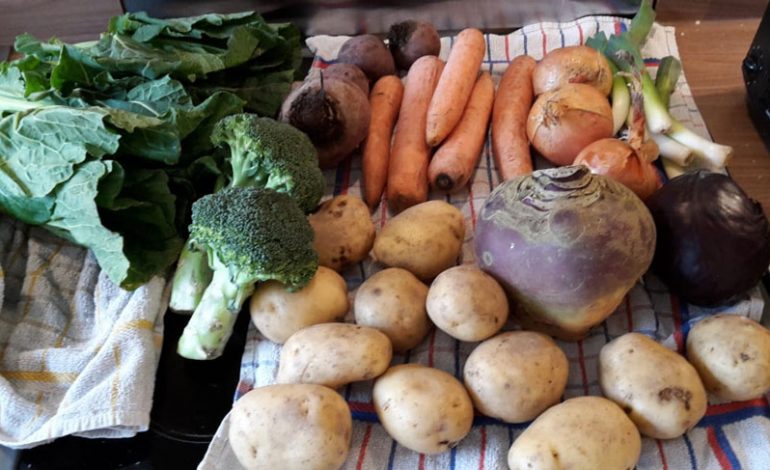 Aldi is to trial removing plastic from some fresh vegetables in Newton Aycliffe as part of its campaign to cut waste packaging.

Following the success of a trial selling five loose fresh produce lines without plastic wrapping in Scotland, which was launched earlier this year, the supermarket now intends to sell the plastic-free vegetables across parts of the North-East.

If the trial – which applies to loose savoy cabbage, red cabbage, white cabbage, pointed cabbage and cauliflower – is successful, it will be rolled out to all Aldi’s 830 UK stores by the end of the year.

It is estimated that the move could avoid the use of more than 100 tonnes of plastic a year nationwide without increasing food waste.

Fritz Walleczek, managing director of corporate responsibility at Aldi UK and Ireland, said: “The trial of so-called ‘naked’ vegetables has had a very positive reception in Scotland and, as a result, we’re now looking to extend this trial into two of our regions in England.

“Cutting waste is at the heart of what we do. Where we can, our aim is to remove unnecessary plastic entirely without leading to unnecessary food waste.

“Where we can’t do that, we are committed to ensuring that packaging doesn’t end up as waste by ensuring that all ours is recyclable, reusable or compostable.

“It is initiatives like this in Newton Aycliffe that will help us achieve this goal and is a measure of our determination to be as sustainable and environmentally responsible a business as possible.”

Meanwhile, the supermarket has also completed the removal of all non-recyclable black plastic from its core range of fresh fruit and vegetables across the UK.

This move, which began last August, will cut or replace more than 300 tonnes of black plastic a year with clear, recyclable alternatives and is part of the supermarket’s target to remove all difficult-to-recycle packaging from its food range by the end of next year.

Black plastic is not recyclable in the UK because it cannot be detected by the sorting systems used for recycling plastic.

The latest initiatives form part of the supermarket’s work to meet its plastic and packaging pledges, which among other things aim to remove all hard-to-recycle plastics such as PVC and expanded polystyrene from its food range by the end of 2020.

Other pledges include ensuring all own-label packaging will be recyclable, reusable or compostable by 2022 and reducing plastic packaging by 25% by the end of 2023.